Trumps aversion to multilateralism should put Pakistan on guard

Who would want to be Donald Trump? There he is readying to play the showman as he hosts the who’s-who of world leaders as they descend upon New York for the annual session of the UN General Assembly summit. And that blasted IAEA has only just gone and reiterated that Iran is playing by the nuclear rulebook.

Of course, the word of the UN nuclear watchdog has never been good enough for this unquiet American. He has already warned that when the time comes for him to sign off (next month) to Congress as to whether he thinks Tehran deserves a clean chit – he already pretty much knows which way the dice will roll. And now he has to put up with a gloating Iranian leadership there on the US homeland.

Which brings us to the point of how Trump is keeping up the tradition of previous US presidents who have treated the UN as, at best, an irritant, and at worst, as wholly irrelevant. Yet what makes this apprentice-president better equipped to make this call than UN weapons inspectors? Especially given that the latter have, by their own admission, been engaged in an (unspecified) number of Additional Protocol access visits, which allows for access to all Iranian sites including military.

While the IAEA report represents an absolute triumph for Tehran — it is Trump’s aversion to multilateralism that should put Pakistan on guard.

In other words, now that the notion of the nuclear Iranian bogeyman has been put on ice, temporarily at least, not to mention the recent UNSC resolution that has seen sanctions slapped on North Korea — Trump is a man who desperately needs to save face. And this might just see him try another yet an even more belligerent tack when it comes to Pakistan and the question of Afghan security.

Gen (rtd) Musharraf’s recent nuclear trafficking bombshell might put us back in the hot seat. In many ways his confirmation that Dr AQ Khan sold nuclear secrets to Iran was not a bombshell as such. After all the good general’s banishing him from the public sphere suggests that, even if not he, then someone, had been doing the dirty with our nuclear blueprints. But more than that it was not a bombshell given that Dr Khan went public with his confession back in 2004. Today, however, it serves as a timely reminder that may or may not be equally dangerous in nature.  Meaning that the original admission didn’t mention just the selling of nuclear secrets to Iran — but also to North Korea and Libya, another two axis-of-evil alumni.

Thus the very real concern is that if Trump can’t get his way with scape-goating Pakistan over the Afghan quagmire — he may just go down the path of warmongering on the proliferation front. After all, unlike Iran, we aren’t even a signatory to the Non-Proliferation Treaty. Though, of course, we do have the bomb as everyone knows. Indeed, back in 2010 we took off the table the longstanding condition of signing the NPT as long as India does the same. If we are to ink any such pact, we are to do so as a fully recognised nuclear state. So there.

Thus the very real concern is that if Trump can’t get his way with scape-goating Pakistan over the Afghan quagmire — he may just go down the path of warmongering on the proliferation front. After all, unlike Iran, we aren’t even a signatory to the NPT

Thus the threat of US military retaliation does not appear immediately feasible. But this is not to say that the latter wouldn’t be willing to drop the mother of all sanction regimes on us. And if this happens, the Chinese cash injections won’t go anywhere towards filling the gap. And if the US does insist on going down this path – there might also be implications for our strongest ally. For we signed, also in 2010, a civil nuclear deal with Beijing, who reportedly sought no formal approval from the Nuclear Suppliers Group.

Would it not be strange irony, then, if a retired COAS — a one-time enemy combatant who spent his entire military career very proudly defending Pakistan — was the one who ended up shooting it in the foot? Or worse. 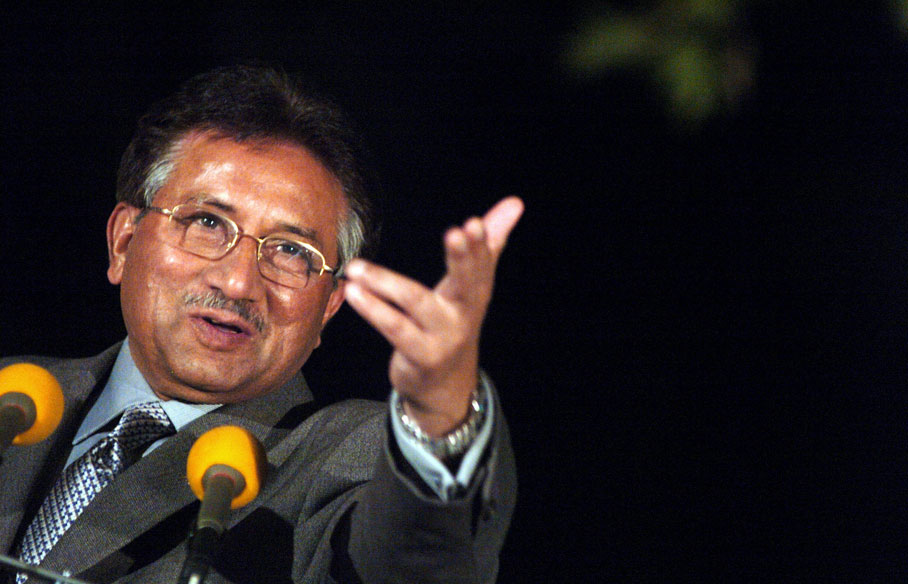