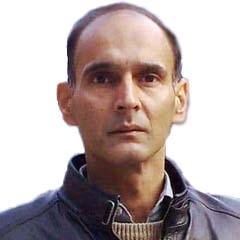 The PTI’s August to December 2014 protest sit-in was carefully planned and choreographed. The role played by Imran Khan and PTI was only secondary; the primary role was played by the establishment’s stooges: Tahir-ul-Qadri, Sheikh Rasheed, Chaudhry Shujaat and Pervaiz Elahi

During Imran Khan’s four-month-long dharna (sit-in and political demonstrations) in front of the Parliament in Islamabad from August to December 2014, the allegations of election rigging and the demand for electoral reforms were only a red herring.

A question would naturally arise in the minds of curious observers of Pakistan’s politics: what prompted Imran Khan to make a sudden volte-face? The stellar success of Imran Khan’s Pakistan Tehreek-e-Insaf (PTI) in the general elections of 2013 was anything but a pleasant surprise for the PTI leadership.

Imran Khan and his political party were accustomed to winning only a single seat in the parliament right up to the general elections of 2008, which the PTI boycotted. In the parliamentary elections of 2013, however, Imran Khan’s PTI mustered 35 National Assembly seats and completely wiped out Khyber-Pakhtunkhwa (KP) province’s Pashtun nationalist party, the Awami National Party (ANP).The PTI formed a coalition government in the province with the tacit approval of Nawaz Sharif’s Pakistan Muslim League-Nawaz (PML-N), because PML-N could easily have formed a coalition government in the province with Maulana Fazl-ur-Rahman’s JUI-F’s support.

These facts prove beyond a shadow of doubt that the demonstrations and protests by PTI from August to December 2014 were based on political opportunism rather than any genuine grievances against the government or the status quo. Imran Khan came forward with a very broad and disjointed agenda: from electoral reforms to the resignation of the Prime Minister to seeking justice for the victims of the Model Town tragedy of 17 June 2014 (in which 14 workers of Tahir-ul-Qadri’s Minhaj-ul-Quran were killed by the Punjab police in Lahore).

When the government agreed to the demand for electoral reforms, Imran Khan began insisting on the unacceptable demand of the Prime Minister’s resignation; and when the people and the media criticised him for being unreasonable and causing disruption to the normal functioning of the state, he immediately occupied the high moral ground by drawing attention to the Model Town tragedy.

Evidently, Imran Khan’s ‘wish list’ was only a smokescreen to hide his real motive, which was to permanently banish Nawaz Sharif and his family from Pakistan’s politics by sending them into yet another decade-long exile to Saudi Arabia, with the help of Imran Khan’s patrons in Pakistan’s security establishment.

The politics of obstructionism employed by Imran Khan was a clever Machiavellian strategy; he knew that he couldn’t beat Nawaz Sharif’s PML-N through electoral process, at least in the next couple of elections. The difference in parliamentary seats was just too big to have been easily bridged: Nawaz Sharif’s PML-N’s 166 National Assembly seats to Imran Khan’s PTI’s 35 seats.

Some Pakistan Tehreek-e-Insaf (PTI) stalwarts hinted during the course of 2014 protests that the PTI was open to a military takeover for a few years. So if things had gotten out of hand during the street demonstrations and the army chief had taken over, say for an year or two, and had sent Nawaz Sharif and his family to another decade-long exile to Saudi Arabia, the political arena would then have been wide open for Imran Khan.

Imran Khan’s PTI could then have easily competed with the only other mainstream political party, Pakistan People’s Party, which has 45 National Assembly seats. By wheeling and dealing, Imran Khan could have formed a coalition government with the help of the defectors from Nawaz Sharif’s PML-N; those who joined General Musharraf’s PML-Q, which already got cozy to Imran Khan during the course of 2014 protests.

Truth be told, Imran Khan’s PTI played the same spoiler role in Pakistan’s politics which the elusive Tamarod Movement had played in Egypt in June 2013; only a year before PTI’s demonstrations in Pakistan. Apart from a small number of Egyptian military loyalists, Tamarod was mainly comprised of a few thousand football nuts, known as “the ultras,” who claimed that they had purportedly collected “millions” of signatures endorsing the ouster of Mohammad Morsi of the Muslim Brotherhood. Morsi, the only democratically elected President in Egypt’s more than sixty-year-long political history, could only serve a year-long stint in power. By what statistical logic did a few thousand cultist demonstrators attain the right to forcefully remove an elected President who enjoyed the confidence of tens of millions of voters?

Most Pakistanis don’t have a clue that how close Pakistan came to yet another martial law in its turbulent history; PTI’s demonstrations in 2014 were not spontaneous uprisings. They were cleverly planned and choreographed by some unconstitutional forces that have a history of subverting the Constitution in Pakistan.

Those protests should be viewed in the backdrop of the Ukrainian Euromaidan demonstrations of 2013; of the Rabaa square massacre in Egypt; and of the mass protests and the ensuing military coup in Thailand only a couple of months before Imran Khan’s announcement of street demonstrations against the PML-N government.

Apparently, the ‘scriptwriter’ of 2014 protests first realized the potential of PTI’s zealots to stage a sit-in when the latter blocked NATO’s supply route in Peshawar; it must have then occurred to Pakistan’s security establishment that the PTI’s highly motivated youth supporters were very much capable of staging months-long demonstrations against the sitting government.

Notwithstanding, there were actually two groups of perpetrators that carried out an assault on democracy and the Constitution during the mass demonstrations against the government in 2014. Imran Khan’s PTI is a nation-wide political party which has a mass following; however, Tahir-ul-Qadri and his Minhaj-ul-Quran is a subversive organisation which is as dangerous as the Taliban. The Taliban carry out subversive activities against the state; and in the same manner, Minhaj launched a concerted assault on the paramount institutions of the state: the Parliament and the Prime Minister’s House.

Here, some readers might draw our attention to the Model Town tragedy on 17 June 2014 in Lahore, when 14 workers of the Minhaj-ul-Quran were killed by the Punjab police. It was a condemnable and outrageous act and the perpetrators must be punished, but keep in mind that it was not the first time that Tahir-ul-Qadri’s Minhaj had carried out an assault on democracy in Pakistan.

During the course of Imran Khan’s PTI’s protests, one can make a convenient excuse that Tahir-ul-Qadri was seeking justice for his workers who had died in the Model Town tragedy, but is his defense for holding Islamabad hostage in January 2013 before the general elections of May 201

Those January 2013 protests and sit-in by Qadri’s Minhaj-ul-Quran had also been a carefully planned, last-ditch effort by the security establishment to delay the elections, which Nawaz Sharif was poised to win, and the establishment had not wanted General Musharraf’s nemesis to dictate terms to them once again. It shows that Tahir-ul-Qadri is a habitual offender and that Minhaj is nothing less than his private militia.

Evidently, the August to December 2014 protest sit-in was carefully planned and choreographed. The role played by Imran Khan and PTI was only secondary; the primary role was played by the establishment’s stooges: Tahir-ul-Qadri, Sheikh Rasheed, Chaudhry Shujaat and Pervaiz Elahi.

Imran Khan’s PTI is a broad-based political party which represents the urban middle class; by their very nature, such protesters are peaceful and nonviolent. Left to his own resources, the best Imran Khan could have done was to stage a sit-in at Aabpara Market for a few days.

Both violent charges of the demonstrators — the assault on the Red Zone in Islamabad as well as the charge on the Prime Minister House — were led by the Minhaj-ul-Quran workers. Those hooligans were a bunch of highly organised and trained religious zealots who are equipped with sticks, slingshots, gas-masks, cranes and anything short of firearms, which apparently their organisers forbade them from using in order to keep the demonstrations legitimate in the eyes of public.

The role played by Imran Khan and PTI in the assault on the Constitution Avenue was meant only to politically legitimize the assault: the peaceful protesters, women and kids, music concerts and revolutionary demagoguery, everything added up to creating excellent optics; but the real driving force in the assault on democracy was Tahir-ul-Qadri and his Minhaj-ul-Quran, which is a religious cult comparable to the Rajavis of Iran and their Mujahideen-e-Khalq, or the Gulenists in Turkey.

More to the point, the role played by Sheikh Rasheed during the mass demonstrations in Islamabad should not be underestimated. It brings to light the fact that whoever controls the constituencies of Rawalpindi and Islamabad can bring the capital of Pakistan to a standstill.

Protesters from outside the twin cities can only stage demonstrations in front of the Parliament for a few days -and that too with permission — but the natives of Rawalpindi and Islamabad can stage a sit-in for months in a row. Imran Khan’s PTI had also won 6 out of 14 Punjab Assembly constituencies in Rawalpindi, which played to its strength during the 2014 street politics.

The writer is an Islamabad-based attorney, columnist and geopolitical analyst. His main focus is on the politics of “Af-Pak” and the Middle East, neocolonialism, and petro-imperialism