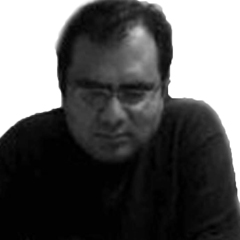 The issue of linkages between economic growth and governance is a very interesting research and discussion topic amongst public policy circles.There are two main research conclusions that are worth mentioning here. One argues that once societies start moving up the ladder of growth, they start demanding better services and participation in decision making (i.e. democracy).These two processes lead to pressure for better governance. Thus, growth delivers better governance – the latter referring to the manner in which power is exercised in a country.

The other conclusion holds that for growth to be high quality there is a need for greater transparency, accountability and better governance.

Both arguments hold good under certain assumptions. However, in societies such as Pakistan, it seems that there is a mounting pressure for both growth and better governance. Hence, the challenges are enormous.

Pakistan needs growth that results in job creation to cater for 60 percent of its population that is under 25 years of age – referred euphemistically as “population dividend”. The growth must touch seven percent points each year, with its major chunk coming from agriculture and manufacturing sectors. A handful of sane Pakistani economists have recently argued that productivity has not increased in either agriculture or industrial sectors, and our growth spurts are more a result of factor intensity than productivity. So we need highly skilled and efficient labour to produce more with less input. We need natural and social scientists and managers, alongside entrepreneurs who can create big firms like Boeing and Volkswagen to provide employment to the highly skilled work force.

Such efficient organisations, skilled labour, and a facilitating environment can increase domestic and international trade and commerce addressing many of our macro-economic ills. But beware, job-less growth can be a harbinger of problems rather than solutions to vital problems of equity and equality in our society.

Now the question is: how does better governance affect quality and quantity of economic growth? Some important hints to the answer can be found in a recent Social and Economic Survey of Asia and Pacific 2017 by the United Nations Economic and Social Commission for Asia Pacific (UNESCAP). The survey argues that composition and efficiency of public expenditures; regulatory quality; and fiscal efforts i.e.mobilisation and allocation of resources are channels through which governance affects sustainable development. Therefore, enhancing accountability and transparency in public administration improves governance and fiscal management. If we look at Pakistan in this context, it seems that we still have a long way to go on the road to transparency and accountability, although during the last four years there has been no mega-scandal of corruption in Pakistan but “speed money” is still needed to get even basic civic amenities which affect every Pakistani. And, on the scale of fiscal efforts, single digit tax-to-GDP ratio is not enough to fuel the engine of growth with broad-spectrum social policies to enhance health, education and social protection outcomes. On the spending side, money allocated for human security is far less than that allocated for national security. We need to learn striking a balance between the two to have a modern, progressive and responsible state as well as affect a transition towards “growth with (social) development”.

Putting this national level scenario of the economy and social development in the regional context, we see that China is emerging as a global hub of manufacturing as well as trade. This pivotal role of China in the Asian region is emerging alongside adjustments in the developed economies of Western Europe and as the USA moves out of transatlantic trade pacts. China has very diligently used its fiscal space to start the “One Belt, One Road” and the China Pakistan Economic Corridor (CPEC) with neighboring economies. These interventions shall play a significant role in the regional integration and even growth of these economies. How can Pakistan take long term advantage of the CPEC potential? This question is not being addressed although economic managers are creating long winding lists of CPEC’s potential benefits from energy sector to jobs. For Pakistan to really benefit from CPEC, it needs to efficiently use its fiscal resources for sustainable human development, effectively shift gears in its industrial and manufacturing capabilities as well as increase the presence of high-value services sector beyond retail trade and transport. This is not possible without a simultaneous increase in the state’s capability to better govern its fiscal architecture – mobilisation, allocation, and administration.

Let us end this discussion on a positive note: of late, Pakistan has been able to make more money available for the private sector and consumer finance is increasing with some growth in large scale manufacturing output. One hopes that better governance and emphasis on human security and social protection shall increase possibilities of Pakistan’s economic and social progress.

The writer is associated with Institute for Development Initiatives (IDI)