Pakistan’s LNG deal with Qatar seems to be exorbitantly expensive as compared to the commodity’s current international market rate, which has drawn much criticism at home but our investigative and accountability organisations have not conducted any probe into this controversial agreement.

Under the agreement, Pakistan will buy 2.75 million metric ton per year (MTPA) of LNG from Qatar at a price of 13.3 per cent of the prevailing price of a barrel of Brent Oil for a period of 15 years starting April 2016. Brent is a major international benchmark price for purchasing oil. Under this formula, for example, if LNG is priced at 13.3 per cent of Brent and the price of Brent is $50 per barrel, then the price of LNG comes out to be (13.3 x 50) or $ 6.65 per million British Thermal Units (MMBTU).

Currently, the going spot price for LNG is around 10 per cent of Brent or 25 per cent less than our price agreed with Qatar. Assuming the current spot rate of LNG in the international market remains almost the same till 2031 (the possibility of which is quite strong), we would lose $6 billion in the Qatar deal over a period of 15 years.

That the LNG price fixed with Qatar is excessively high can also be seen from the fact that nearly 8 months after the Qatar deal, Pakistan signed another agreement for the supply of LNG with Gunvor at 11 per cent of Brent as compared to 13 per cent in the contract with Qatar. The question arises as to who benefited from this huge differential of tens of billions of rupees.

The supply of LNG in the international market is on the rise because of increased supply from the US Shale gas terminal as well as from Australia. In next five years, Australia is likely to surpass Qatar as the world’s largest LNG-supplier

Intriguingly, Pakistan made a deal of very huge quantity of LNG with Qatar at a time when the commodity’s price was declining in the international market. In a falling market, one does not strike an agreement to buy a commodity at the prevailing price for a long period. Particularly, in the case of LNG, there is glut in the supply that is expected to remain till 2023. Globally, around one-third all LNG contracts are for less than five years’ duration. Some countries such as Brazil buy LNG at the given market rate at the time of purchase. Either it was incompetence of our government or some other hidden motives dictated a deal that was skewed in favour of Qatar.

The supply of LNG in the international market is on the rise because of increase in the supply of LNG from the US Shale gas terminal as well as from Australia. In next five years, Australia is likely to surpass Qatar as the world’s largest LNG-supplier. In March 2017, Tokyo Electric threatened Qatar with arbitration unless it revised downward the expensive LNG long-term sale agreements that had been signed earlier. 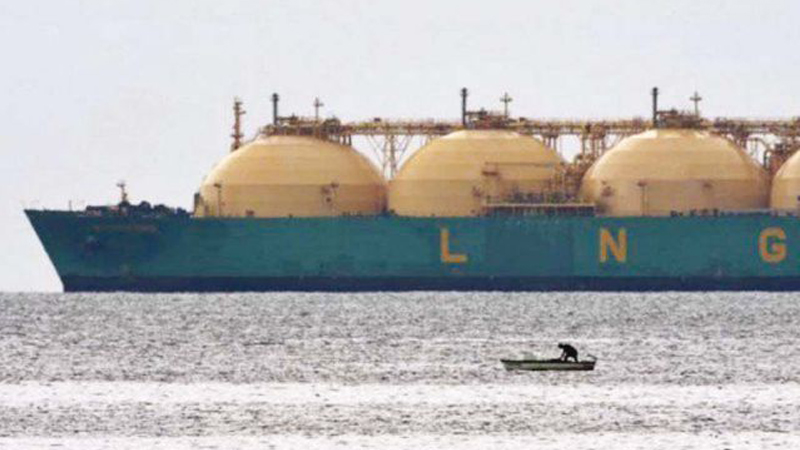 Even Bangladesh acted smartly in finalising the recent LNG agreement with Qatar in which the commodity is though priced against international crude oil benchmarks, but the Petrobangla will be free to pricing future deliveries with a link to alternative indexes such as the Platts JKM, a daily physical spot market price assessment for LNG purchased by South Korea, Japan, China and Taiwan. Pakistan has relied totally on Brent.

Another suspicious aspect of the deal is that Pakistan went for such a substantial order of LNG with a single supplier (Qatar). Globally, almost half LNG contracts are for volumes of 1mtpa or less. Given the multiple options available, most countries prefer hedging their bets by placing orders with a number of suppliers at various terms.

In order to manage risks, nearly 80 per cent of all LNG deals in the world are non-location specific so that the buyers can sell this LNG to a third party and they are not obliged to have the LNG carriers dock at a specific port. This enables the buyer to sell the gas to a third country in case at some point in time other sources get cheaper.

However, our deal with Qatar is terminal-specific implying that we are obligated to dock the LNG carrier at Port Qasim. Hedging or forward selling of the gas is another instrument of risk-management. The government has not made public whether Pakistan has hedged itself against the variation of LNG price in the international market.

The government’s claim that it has saved $1.5 billion due to LNG imports as compared to furnace oil is questionable and it is not clear how this figure has been calculated. The quantity of our furnace oil imports remains around 8m tons or $2.4 billion in value. There is only an 8 per cent of difference in furnace oil and LNG fuel prices.

A thorough top-level inquiry is needed into our LNG agreement with Qatar to figure out its pros and cons so that the country could avoid such mistakes in the future.