A life beyond our own narrow truths

The biggest delusion of the post truth world is the self assurance of having the truth. We are all believers in truth and take it as the truth, instead of a truth. Hence the strife. The essence of the modern individual is uniqueness! To not be like any other! We all take pride in individuality, while pride serves the very opposite purpose of what individuality focuses to achieve. The proud always fear and loathsomely lack trust in anyone, even themselves. Mistrust conjures up disdain for other human beings, social processes, and all that is human. It alienates. An alienated mind seeks refuge in fantasies. The modern mind is a working fantasyland. We all dream-walk within paradises of our own. We actively live in a world where we do all that is human, but are never sure of our life processes. Whom do we trust to live, if not humans? We trust the media! The world revolves around the media, making celebrities out of all of us, for the very purpose of our self-fulfillment. Because the media doles out our brand of truth to satisfy our own biases against those of others. These are also instruments of self assurance through identification and enhancement. We identify with media celebrities, while feeling proud and self assured by over-analyzing the already beaten debates. The method used is overexposure to news media; be it print, audio, audiovisual, or the new social media. We switch television channels to get ‘on top of the news’. This false consciousness puts us all in an inebriated state where the addiction to news overshadows the use of information.

Unknowingly, we are developing a world that is not simply a social construct, but rather a fictional one with gods and demons of its own. A social construction of reality is an obvious human trait where we construct an environment to fill the gaps of our understanding. The fictional one, on the other hand, distorts the very essence of the truth upon which the social construction of reality is based. This is our media addicted world. A world where something as distant as mars might become more important than a hungry child in our backyard. The dream machines we know as modern TV and the Internet could easily take our dissociated, weary, and confused identities to lands far beyond reality, where even reality cannot grasp much of our imagination. And this is the exact context within which corporate media operates. The truths we see on media are partial projection of our biases, while, predominantly, it is a series of strategic communication campaigns to fill the neo-liberal agenda. The term neo-liberalism is so powerful that we don’t even grasp its full embrace. The corporate structure doesn’t work in a world of its own creation. Rather, it serves the ideology of money making and power retention through confusion and identity crises.

This crisis is growing deeper every passing minute. The identity void is being filled through populism; and the media is it’s global conduit. We can only understand this fact if we ponder for a moment to realize that the only common denominator uniting the world is the media! Once we get an understanding of the media and its global workings, we can understand the current uptick in violence and inhumanity. The defenders of truth are so convinced all over the planet that they cut each other’s throats to defend their truth. Post truth is nothing new. It is the belief in the ends without having any conscience for the means. Ethical and moral constraints are always part of the process of achieving an end, a goal. All ends are sacred, but it is the means to achieve these that makes right and wrong. World peace is a noble end, but achieving it through violence and destruction means that the end has been nullified.

The defenders of truth are so convinced all over the planet that they cut each other’s throats to defend their truth. Post truth is nothing new. It is the belief in the ends without having any conscience for the means

The best way to sell wrong means is through the dream industry we know as the media. It paints the picture of a rosy future right around the corner to pitch us against other human beings in the name of a distant but golden future. We have recently seen it in the futuristic exhortations of the Western media, followed like sheep by the developing third world media everywhere in the world. From Iraq to Afghanistan, to Syria, to Africa, to any place on earth. Even we in Pakistan believe that the growing anarchy will lead us to a golden future. And we are almost there. We just need a leader, a golden moment, a trusted friend who will fix everything by killing a few thousand people. We too are selling ourselves to another bidder, or anything that fits the neoliberal agenda. 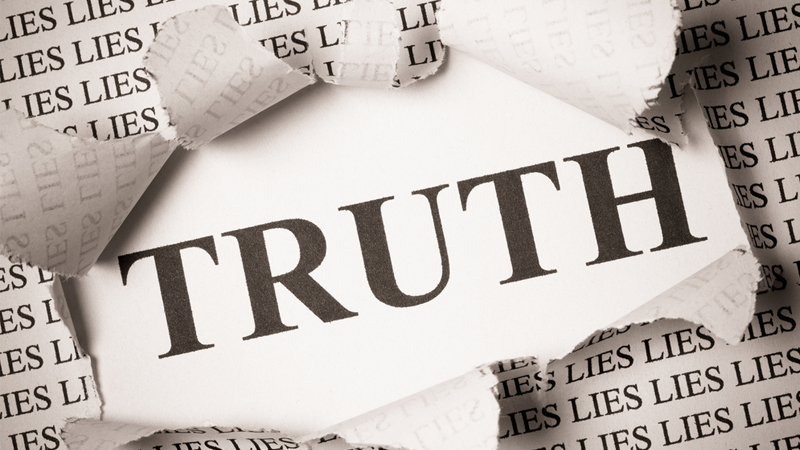 In our heart of hearts we all know there is no remedy to our ills apart from doing the right thing. To toil through moral decisions means to graft our own future. But dreams sold through the self assured media professionals are readily accepted by the incredulously confused population. The belief in false consciousness by both the narrating media mouthpieces and the believing audience forms an alternative truth that doesn’t exist, but is so well ingrained in all minds that we all believe in it. Unless we wake up from this slumber as a whole, the alternative truth will land us in misery beyond the grasp of our fantasies and follies.

The writer holds a PhD from the institute of KMW, University of Leipzig, Germany. He has had a long career as a working journalist and trainer. Currently, he is professor of Journalism at the University of Peshawar. He can be reached at altaafkhan@gmail.com