Indian politicians, always a lazy and indolent lot, are back at their usual game of throwing others’ money at intractable problems to buy votes rather than work hard to create a more efficient and caring society. Twenty years of patchy economic reforms, aimed at dismantling the Nehruvian licence-permit raj, have yielded modest dividends through a step up in economic growth from 3-4 percent to 7-8 percent. Growth has brought higher level of aspirations that the politicians are able to cope with through imaginative policies and programmes. So they hark back to the practices of yesteryears. The practice of throwing crumbs at the poor in a bid to woo their allegiance is being reinstated with a vengeance.

In the name of inclusive growth, India has fashioned two poverty alleviation programmes. The first already in operation is called the National Rural Employment Guarantee Act (NREGA), which offers a daily wage of Rs 100 to any adult who is without a job in the rural areas. India spent close to Rs 60,000 crores on the said programme. The second is the Right to Food Security (RTFS) Bill, which will guarantee food at highly subsidised rates to below poverty line (BPL) families. India has vast pools of unskilled labour in the rural areas that escape the state’s efforts at education. Given the nature of the economy today, such labour is unemployable fully in a modern economy, and doles may be the only way of mitigating their misery. Hence some poverty alleviation programmes must figure in India’s developmental strategy if only to compensate for past neglect. But India’s fiscal deficit, a manageable 4 percent of the GDP in 2008, has ballooned to 8 percent while growth rates and tax revenues continue to falter. A continuation of the present system of doles threatens to undo what has been achieved through modest economic reforms so far. An urgent re-examination of India’s strategy is therefore called for.

Programmes such as NREGA and RTFS represent a failure of the socialistic policies followed by India towards agriculture in the Nehru era. The abolition of the British zamindari (landlord) system, coupled with modest land reforms that returned land to the tillers and put a ceiling on land holdings, helped dismantle the feudal system of the pre-independence era. It also helped India’s growth rate leapfrog from less than 1 percent before independence to 4-5 percent, largely due to wealth creation in the agricultural sector. Nehru’s planners however then set about diverting agricultural wealth in a variety of ways to help nascent industries grow in the belief that industrialisation was the key to India’s modernisation. This was done by insulating Indian agriculture from world markets through import/export controls on its products. Prices of food and many cash crops like cotton, jute, sugarcane, tobacco, tea, etc, were artificially depressed in domestic markets through administrative measures to provide cheap raw materials to industry. By the 90s, almost no commodity was left unregulated by the government in a bid to balance the need for cheap inputs to industry against the farmers’ demands for higher prices. Politicians made fortunes playing the referee in the system. While economic reforms saw some rollback in the number of agricultural commodities subject to price controls, the basic system continued as it was. Economic reforms did not attempt to neutralise or reverse the flow of wealth from agriculture to industry. Access to world markets and international prices for agricultural produce remains a distant dream.

An effort to right the internal terms of trade between agriculture and industry must begin by deconstructing and demystifying the nature of subsidies we offer to agriculture in return for artificially setting the price of their produce in domestic markets. It is a myth that agriculture pays no taxes. Everybody pays the going indirect taxes. In the direct taxation area, barring a few plantation farmers, most farmers do not earn enough to qualify to pay income tax anyway. We offer farmers modest subsidies on water, power and fertilisers. But as I have argued earlier in my blog, http://sonaliranade.wordpress.com/2011/08/08/does-india-live-in-its-villages/, these subsidies pale into insignificance with what we take away from the farmers in terms of lower prices for their products.

A simple way to think of the enormity of this burden is to examine why a farmer should pay the international price for steel but receive only one-third the international price of the vegetables he produces. The administered price mechanisms that the government uses to set prices for rice, wheat, corn, cane, etc, in effect calculates the wages owed to the farmers in terms of Rupee wages in India while a farmer abroad would earn 20-40 times more for his labour in a similar activity. That calculation is at the heart of how we cheat farmers out of their wealth by making them pay international prices for manufactured goods but making them accept far below international prices for their produce. As a first step towards reforms, the government must produce a white paper on agricultural pricing and taxation so that we know the true dimensions of this heist of farmers’ wealth. It is absolutely essential to understand how our socialists perpetrate this fraud on our poor farmers in the name of the poor.

China has arrived on the world commodity markets as one of the largest importers of food. As its labour vaults into the middle class, it puts more meat on the family table. It is very easy to underestimate the quantum increase in demand for agricultural products caused by this move up the food chain. Likewise, many African countries, not to mention India, are growing and eating better. Food prices have doubled in the last decade internationally and the UN estimates they will go up by another 50 percent in the next five years. For decades India has fought agriculture subsidies and quotas in the US and the European Union (EU) to obtain a market for its farm produce. The Chinese market, larger than the US and EU combined, is entirely quota-free and offers a ready market for India’s farmers. But both the government and the private sector have paid scant attention to the business opportunity that could at one stroke solve the problem of rural poverty for us. Our agriculture is so ring-fenced with archaic regulation in the form of land ownership and tenancy laws, cluttered price controls and subsidies, price cartels in the form of Agriculture Produce Marketing Committees (APMCs) and political landmines, that it is impossible for anyone to know where to begin with reforms.

The Indian private sector has shown that where regulators stay away, it can still work miracles against all odds. The soya industry in India is an excellent recent example of what can be accomplished in agricultural exports. India has no option but to reform agriculture. We can begin by doing two things. Firstly, recognise that land ownership is now fragmented and that tillers and owners are not the same. Land lease by the corporate sector is an overdue reform whose time has come. Secondly, it is time to dismantle the small trader-dominated cartels at district level APMCs by letting the corporate sector enter agricultural procurement, processing, distribution and marketing chains. The two steps can unleash the kind of explosive growth we saw after independence by bringing capital and technology into the agricultural sector. Else, given the problem of rural poverty, we risk slipping back into our old socialistic ways of resurrecting a licence-permit raj to feed the beast of subsidies that irresponsible politicians are piling on.

The writer is a trader. She can be reached at sonali.ranade@hotmail.com or @SonaliRanade on Twitter 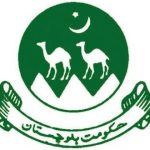