US Republican and presidential frontrunner Mitt Romney said in a recent debate: “The right way to deal with Pakistan is to recognise that Pakistan is not a country, like other countries, with a strong political centre that you can go to and say, ‘Gee, can we come here, will you take care of this problem?’” Most observers would agree that Pakistan’s armed forces are the strong centre in the country that one could go to for taking care of any problem.

For over 60 years, successive US administrations from Eisenhower to Obama have either dealt directly with military governments or civilian setups backed by the Pakistan military to get things done. A few phone calls from an American secretary of state to a military president saw to it that Pakistan got on the right side in the ‘war on terror’. The US should also have learned by now that bypassing the Pakistan military in major decisions results in friction and conflict.

The corps commanders of the Pakistan Army operate like a parallel government as cryptic pronouncements from their regular meetings would suggest: “The army leadership reaffirmed its resolve to continue supporting the democratic system without any preference to any particular political party…Economic rather than military aid is more essential for Pakistan…It is being recommended to the government that the US funds meant for military assistance to the army be diverted towards economic aid to Pakistan, which can be used for reducing the burden on the common man…All law enforcement agencies, though trying their best to cope with the situation, need to be more focused and proactive and the army will be there to extend all possible support.”

In a country where the military is front and centre of political and economic life, most civilian leaders are almost expected to have an edgy and nervous relationship with the military’s top brass. The deep insecurities prevailing within the civilian leadership that often clouds its behaviour and actions can be attributed to an unfair power equation, which is skewed so completely in favour of the military.

Take the recent case of former Pakistan Ambassador to the US Husain Haqqani, who was forced to resign for allegedly soliciting and offering concessions for external assistance to counter the military. While in no way condoning any alleged illegal actions, it would be somewhat understandable if President Zardari and Haqqani, being either scared of a military coup or seeing an opportunity to cut the army down to size after the bin Laden episode, went over the brink to request external assistance.

Since Mr Jinnah and Liaquat Ali Khan, the civilian leadership is used to getting the proverbial kick up the backside from the guardians of national security. We have the examples of Mr Bhutto who paid with his life for getting on the wrong side of the generals, and Nawaz Sharif of the ‘heavy mandate’ who was trussed up and delivered to Attock Fort to stand trial for treason. Others like Haqqani will continue to pay the price for getting into the bad books of the army until the civil/military imbalance in national life is put right. The way that things are going this may never happen.

Another aspect of military dominance is that accountability means one thing for civilians and another for the military. Can we hope to see military heads roll if the Abbottabad Commission establishes army and intelligence complicity in allowing bin Laden to live within snoring distance of the Pakistan Military Academy (PMA) for over six years? Will the military’s top brass be held responsible for the PNS Mehran fiasco where army commandos took more than a day to get things under control and the attackers escaped anyway after causing a huge financial loss to the nation? Fat chance of that happening, cynics would say, pointing to the lack of accountability for military disasters from East Pakistan to Kargil.

What compounds the military’s unwarranted influence in matters of the state and its desire to call all the shots despite its various failings is that civilian politicians want to ride the military’s fatigues to power through extra-parliamentary means whenever possible. By pursuing this lose-lose strategy, civilian politicians appear like carnivorous birds feeding on the carcass of democracy, while the military retains its false aura of stability and probity.

We can expect more episodes like ‘memogate’ to happen until that magical day when the Pakistan military learns to live within its constitutional role. Pakistan’s other very serious problems including electricity shortages, crumbling railways, a crisis in education, massive unemployment and endemic corruption, will not wait either.

The writer is a banker interested in History and International Affairs 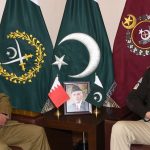