We lost our first T20 with Sri Lanka not on account of a big total to chase but in the illusion of a low score being easy to overtake. Sri Lanka, after a poor start, managed a score of 132 for seven. Pakistan lost its first three wickets for only 12 runs. On 95 the entire Pakistan team was out in 17 overs. Pakistan’s new T20 captain agreed that the team failed to apply itself. In the second T20 on Sunday, the reverse result transpired. Pakistan set a lowly 123 target, but the Sri Lankans folded for 99, a la Pakistan the other day.

Cricket in Pakistan has not been blessed with proper planning and consistency. We are quick to blame the captain for any defeat and precipitate in removing him. Undoubtedly the captain bears the ultimate responsibility for the performance of the team. Even if it is conceded that Hafeez was thrown into the deep end without any grooming (say as vice-captain under an experienced hand), since we are rebuilding the team in preparation for this year’s T20 World Cup, we need to give the captain and the younger players being blooded a fair run. Pakistan unfortunately has been following a whimsical approach in appointing captains. Even team selection is constantly dogged by controversies. Very little consistent planning or methodology is followed. Now that Muhammad Hafeez has lost one and won one T20, thereby squaring the series, he should be left in place and allowed to mature in the job. Obviously Afridi, Shoaib Malik and Shakeel Ansar are being criticised for performing below the standard expected of them. Shakeel on his debut needs to be given experience in the middle order instead of one down. Umar Akmal was rightly moved to number four in the batting order, even if he did not do anything extraordinary. Here too, patience will bring rewards, haste will deliver negative results. Now that we have achieved mixed results, instead of reverting to our usual habit of chopping and changing every so often, we should persist in building a team combining the fresh with the old, keep Muhammad Hafeez as captain, and allow the team to settle down and find its true level. With Dav Whatmore around, this would be the way to go. Muhammad Hafeez could take advantage of two former captains in his team. Their experience will go a long way in improving the T20 team. * 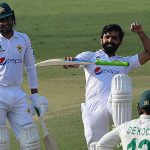 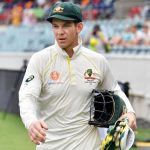 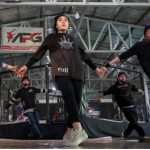 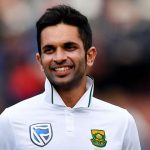 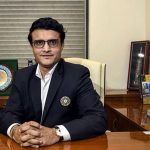