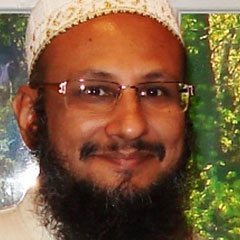 Disturbingly provocative as it may sound, it is amazing how national and international institutions and governments make use of human hunger for their own survival.

Approximately 870 million people, or one in eight of the people in the world are challenged by hunger, of which 852 million people are from the underdeveloped countries. This comes to 16 percent of the world population according to the UN Food and Agriculture Organisation’s (FAO) recently released statistics reports. It deliberately declares 15 million people to be undernourished in developed counties, which factually, considering the global financial recession, seems on the low side.

Nevertheless, policy makers, captains of industry and professionals from diverse fields the world over have on numerous occasions gathered and pledged to eradicate the rising food insecurity and hunger menace prevailing in human societies. In the backdrop of the recently concluded 38th FAO Conference held in Rome, the first of the eight UN Millennium Development Goals (MDG 1) to halve the proportion of hungry population and the more audacious goal of the World Food Summit (WFS) to reduce undernourished people by half before 2015 has since long been predicted by experts to be too challenging.

At the well attended FAO Conference, the Self Employed Women’s Association (SEWA), an NGO diligently working for the social uplift of extremely poor women in India, shared the award presented at the conference with none other than the European Commission (EC) for its contribution of one billion euros in response to the food price crisis in 2008-11. Ironically, it is a known fact that this EU initiative was but a mere desperate attempt to minimise the EU’s increasing unpopularity in Europe as some of its members were facing serious challenges from their own people for introducing disastrous economic policies.

The impact of such misadventures has greatly diminished the birthright of provision of food of any human being living in a developed or underdeveloped nation. Sufficient natural resources have always been there for human consumption. Not giving access to available resources or services required by people to produce, purchase or otherwise procure enough nutritious food has thus given way to global food insecurity. Globally, one-third of food production is lost annually due to negligent authorities. India alone loses some 21 million tonnes of wheat per year even while it has 200 million food-insecure people in the nation. Evidently, it is the serious apathy in governance that tends to be the negative factor between food and consumers that has given rise to the prevailing crisis.

An interesting observation is that unlike their counterparts in the west and in Africa, leaders and governments in South Asia, despite high populations, have been fortunate to have the advantage of a strong food culture in the region. The comparatively high level of religious and social conscience to share and distribute food amongst fellow beings is pivotal in reducing the dilemma of insufficient food availability in most Asian countries, thus minimising the disastrous effects of the food polity and policy blunders to a great extent.

In India, the Congress-led United Progressive Alliance (UAP) government desperately endeavours to pass the five-year delayed Food Security Bill/Ordinance in parliament that was factually to be introduced within its first 100 days in power. Not surprising; the UPA government has kept this important bill in reserve to deliberately use it as a stick and carrot ploy to arrest the slither of its popularity as the next general elections approach.

Nonetheless, with food and hunger being basic human issues, there is an urgent need to extensively work at grassroots levels like neighbourhood and community-based support projects that would help in achieving a hunger-free and sustainable world in a short period of time.

An excellent case study is the community-centred hunger elimination and food security initiative of the Dawoodi Bohra Muslims largely based in South Asia. Taking into consideration the community members’ physical wellbeing, its spiritual leader, Syedna Mohammed Burhanuddin, directed to organise a worldwide campaign to collectively provide healthy meals prepared in community kitchens. The community’s Faizul Mawaid il-Burhaniyah initiative ensures holistic community health as it distributes highly nutritious, hygienic food to over 100,000 Dawoodi Bohra families daily. Under the supervision of the spiritual leader’s heir apparent, Maulana Mufaddal Saifuddin, this collective beneficence reaches out to over 80 percent of the families across 700 villages, towns and cities in some 40 nations, resulting in a high percentage fall in malnourishment within the community.

Apparently, the need of the hour is to recognise and utilise one’s own available reserves and resources rather than wait for handouts from governments and institutions, including legal entitlement of food in the form of cobwebbed acts and enforcement of related laws endorsed only after many more human lives are lost to hunger death.

However, it also needs to be understood that on the one hand, not all sections of society have the capacity or capability to be self-sustained in procuring a long term balanced food diet. On the other, a good number of community groups depending on others are without the necessary technical and tactical equilibrium in place for collective self-help. The tribal communities in the mountainous Har’az region in Yemen have seen plentiful agriculture outputs through sustainable practices after decades of misuse of natural resources. The community-mobilised initiative to uproot hundreds of thousands of noxious Catha edulis (qa’t) trees and replace them with productive vegetation has given way to a phenomenal growth in food security in this highly fertile western highland of Yemen. Visited by international institutes for research, Ralegan Siddhi, a tiny village once affected by drought and poverty in the interior of western India, today has a grain bank, milk bank and year-round uninterrupted water supply subsequent to the local community’s efforts in utilizing its meagre resources collectively and constructively. Working effectively on such lines would considerably arrest the gross food insecurity at both micro and macro levels.