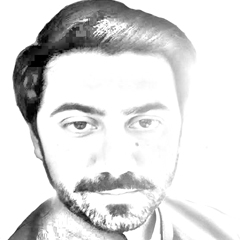 How the elite schools are destroying Pakistan

I might be
extraordinary intelligent, well read, and analytical, but would that change my life in Pakistan? Not really! Because I don’t belong to Lahore American School, Karachi Grammar School, or any other private schools that only caters to those super elites in Pakistan who can afford the price tag of expensive private education.

I belong to a ‘taat’ (floor mat) school of a small village in Balochistan, where students have to beg teachers to teach. I belong to the area that the government of Pakistan and its people have left at the hands of sardars or the military, as long as the continuous supply of gas is provided. Is it, then, fair for us studying at these schools, or perhaps fair to any of those who cannot study at elite private schools? Can we really compete for jobs, scholarships and opportunities with those studying at American and British schools in Pakistan? Never! Not until we are provided the same quality education as the elite in Pakistan get.

Back in the 1970s and 1980s, children from the elite families would at least go to the same universities as others including thd Government College, King Edward, UET etc. However, today, the children of the elite go abroad to study for higher education, some never return. Those who do return maintain their ‘distance’ from Pakistan.

The elite in Pakistan has created fortresses in the form of these private schools where an average Pakistani cannot study or interact with the elite students. And this isolation continues throughout the lives of the elite students who graduate from these schools.

Perhaps it is by design that the elite students are kept into isolation from the real Pakistan, the same way British kept the Indian nawabs and maharajas under their training, at a distance from the local Indians, so the young nawabs could view themselves as more British than Indian, and rule their own people without emotions.

Tragically, the elite mindset honed in these private schools goes beyond the schools. The elites dine at different restaurants, their hangout spots are different, and as a matter of fact, they have reduced themselves to living in a small bubble far away from the daily worries of average Pakistani people. What is more surprising, though, is how the same elite feels absolutely comfortable being a middle class in the United States or United Kingdom. Eating with the commoners, travelling on public transportation, or standing in the long queues suddenly becomes their nature.

I ask, if they can stand in queues in the western world, get body scanned by the security personnel, why can’t they replicate the same attitude here in Pakistan? Why do they get VIP protocols at the airports in Pakistan, or unchecked rides through all police check posts? Why do you show his arrogance to your own people, and exhbit submission to the west?

Not much has really changed since the partition. While the British left the country, they not only left behind their legacy in the form of nawabs and maharajas but also left the imprints of a highly Orientalist mindset: the ability of our own people to look down upon and mistrust other locals, and instead look up and serve those above us in the food chain.

The education at the elite schools has been producing such a mindset, and leaders who now run Pakistan with very little regard to the average Pakistani. Why, then, would they care about providing equal education to all? Isn’t equal education the only opportunity for middle class or lower class to rise in the ranks and compete with the elite? It is! And that is precisely why it appears that by design the rich in Pakistan have created a discriminatory education system: different education for rich, and poor low quality education for lower and middle classes to keep them in their condition forever.

To think of it, the elite of Pakistan is more closely knit together than what meets the eye. They come to people in the form of Pakistan People’s Party, Pakistan Muslim League-Nawaz, Pakistan Muslim League-Quaid and Pakistan Tehreek-e-Insaaf. But if you scratch a little under the political rivalries, you’ll realise that they all are the same. Their children go to same schools, clubs, and restaurants, and they inter-marry. Some of them even have family members in each political party. For most of the elite it seems there is only one rivalry: the poor middle class of Pakistan that has over the years been pushed into the poor class.

How else to explain the continuation of this discriminatory education system in Pakistan that is only benefitting the elite since past several decades? How possibly difficult it is to develop a uniform educational system of Pakistan? It isn’t. The will to do is, however, missing, and not out of ignorance but a well crafted idea that equal education will only risk the status quo of the leading power brokers of Pakistan.

Pakistan cannot grow, or overcome its current crisis without a concentrated effort on bringing uniformity to the education system of the country. Else, the rich will always get richer, and the rest will decline down below the poverty line.

*On the request of my student from Zhob, Balochistan who wanted that I write in first person account.

The writer is currently Special Assistant on Social and Economic Initiatives to the Federal Minister at the Ministry of Planning, Development & Reforms