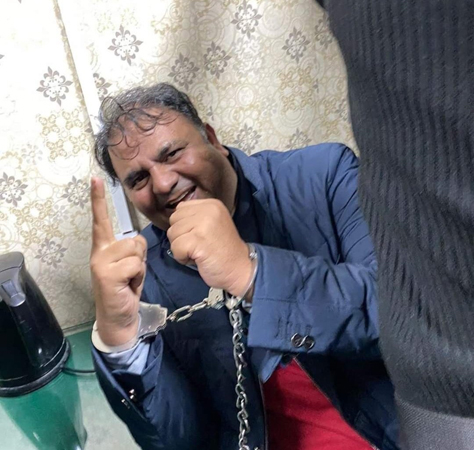 A local court in the federal capital on Wednesday approved a two-day physical remand of Pakistan Tehreek-e-Insaf (PTI) leader Fawad Chaudhry, who has been arrested on charges of sedition for “inciting violence against a constitutional institution”.

The Islamabad Police had sought an eight-day physical remand of the PTI leader, however, the court did not approve their request and asked the authorities to present the PTI leader on January 27. Following the order, the capital’s police shifted the former federal information minister to the Counter-Terrorism Department’s (CTD) complex in Sector H-11. Duty Magistrate Naveed Khan announced the reserved verdict, adjourning the hearing till January 27 (Friday).

The police – during the time that the verdict was reserved – also took Fawad to the Pakistan Institute of Medical Sciences (PIMS), where he underwent a medical checkup. The former federal minister was taken into custody early Wednesday morning after a first information report (FIR) against him was registered at Islamabad’s Kohsar police station by an official of the Election Commission of Pakistan (ECP) for “threatening” the electoral body’s members and their families. 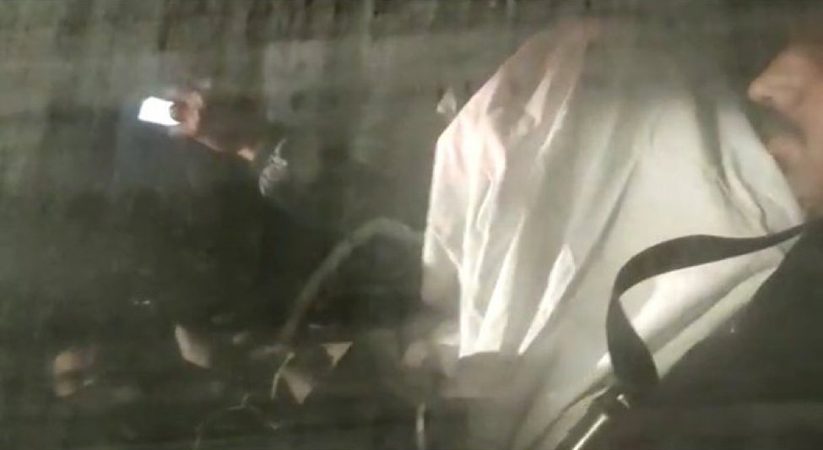 The complaint invokes sections 153-A (promotion of enmity between groups), 506 (criminal intimidation), 505 (statement conducing to public mischief) and 124-A (sedition) of the Pakistan Penal Code at Islamabad’s Kohsar Police Station. It stated that Fawad, in a speech outside PTI Chairman Imran Khan’s house, threatened the ECP and said that “those who become part of the caretaker government [in Punjab] will be pursued until they are punished”. A petition was filed in the LHC by Fawad’s cousin Nabeel Shahzad against the arrest. The application named the Punjab government, provincial police officer, counter-terrorism department, deputy inspector general of police (operation) and station house officer of Defence A as respondents in the case. However, the LHC dismissed the petition observing that Fawad’s detention was “not illegal”. Justice Tariq Saleem heard the petition challenging the PTI leader’s arrest. The hearing was adjourned at least four times as the judge repeatedly directed authorities to present Fawad before the court. The judge told Fawad’s lawyer to approach the Islamabad High Court (IHC) against his client’s arrest and subsequently dismissed the petition. 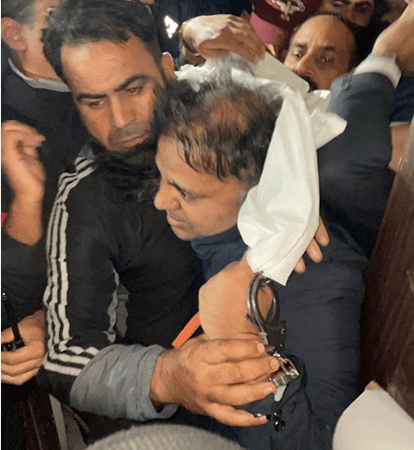 After obtaining transitional remand from a court in Punjab’s capital, the police shifted the ex-information minister to Islamabad, where he was presented before the H-8 court. At the outset of the hearing, the election commission’s lawyer said that the ECP is a “constitutional institution” and noted that it has the authority to hold polls. “The election commission has been targetted under a well-thought-out plan,” the ECP’s counsel said, with the duty judge asking Fawad to not intervene in the middle – as the PTI leader taking jibes at the institution. The counsel added that the aim behind Fawad’s press conference was to incite the general public, and he had also threatened the commission’s family members. “The aim of the speech was to spread hatred against the election commission. We also have electronic evidence against Fawad Chaudhry,” the lawyer claimed.

Giving his arguments, as he is a lawyer himself, Fawad said that a sedition charge has also been included in the FIR against him. “I have been included in the ranks of Nelson Mandela.” The PTI leader claimed that such cases are made against those who speak of independence. “If they keep resorting to such measures, then democracy cannot survive here and no one will be able to criticise [institutions].” Fawad said that if people aren’t allowed to criticise the election commission, it means that they cannot criticise anyone. “The complainant’s lawyer is claiming that criticism is tantamount to treason.” He also censured the ECP lawyer and said that he wasn’t making a speech rather his comments came during a media talk. “I was misquoted [by the media].”