Politician by fate, leader by choice 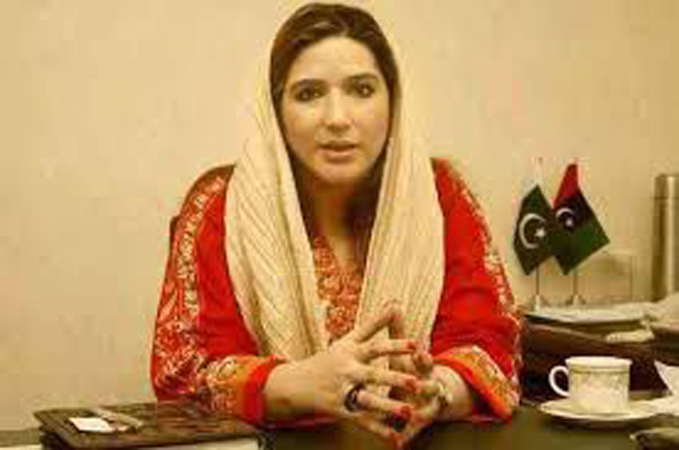 With more than its fair share of sticky floors and glass ceilings, Pakistan was never an easy country for its women to thrive in. The situation gets progressively worse when politics comes into the equation. Known to be a gentleman’s club for as far as one may remember, the dirty politicking, crass exchange of fiery balls, and the societal obsession with turning anything and everything into a wrangling match do not help women leaders as they desperately cling to the ground.

Now that general elections have become a heated buzzword and a large majority of the country has its eyes set on the next shuffling of the deck, it would be a great time to sit down with some who managed to determinedly paddle through the muddy waters while appearing ever-so-graceful on the surface. First on our list of overlooked icons is Jahanara Wattoo, a key politician from Punjab, who dabbled in the risky odds of standing on a masculine pitch, playing with an unbelievable finesse, and batting the ball out of the ground.

Her elegant demeanor and soft timber might have led a few to underestimate her tenacity in the years gone by but confusing the kind-hearted nature with the valiant warrior within would be a gross mistake. Having led the revolutionising movement of establishing a political party on social media and constantly championing the rights of children as a Goodwill Ambassador for Orphans and interests of the business community from the coveted vice-presidency of Pakistan Businesses Forum, her strong convictions have repeatedly made a mark.

However, heroes are not born in a day. From the very beginning, Ms Wattoo had to bear the pressure of filling in the larger-than-life shoes of her illustrious father, Mian Manzoor Ahmed Wattoo. From serving as the Speaker of the Punjab Assembly to Chief Minister, there is little that the coveted politician has not achieved at home. However, Jahanara sees this as a unique challenge for which she has been groomed throughout her life. She calls her hometown, Wasawewala, a small centre in Central Punjab in District Okara, extremely progressive for “throwing its weight behind women legislators” way before its urban counterparts. “My town paved the path for so many of my sisters and mothers that chose the thorned alleys of politics to make their nation proud. We trailblazed the trend and completely changed the game, for which I can only thank Allah Almighty.”

It would, however, be a gross understatement to call her journey a walk in the park where butterflies and rainbows awaited yet another scion to show up and take the reins. Ms Wattoo had to prove her worth first to the family, then to her electorate, and last but not least, to her party’s leadership. She calls it an “arduous exercise,” which she navigated through on the basis of dignity, no-questions-asked loyalty to her people, and untainted scruples. “One cannot be a winner every day in politics. However, I am proud of how I carried myself when I was in power and the days I spent in the opposition. This dedication to my constituency is what would help me win my case in the next round of polls.”

Beaming with pride, she recalled how it was her hard work and her personal goal to not let down her father and millions who had truster her with the pristine responsibility of being their representative.

When talking about the blueprint for the future, she wishes to shatter more of the patriarchal notions that continue to rule the roost here in Pakistan. Only when its women would be given the breathing space to shine through can Pakistan actually stand a chance to prosper, she maintained.

“At the end of the day, the glimmer in my father’s eyes when he pats my back and tells me how he will always stand in my corner remains my biggest achievement.”

Like all courageous people who never shy away from a challenge, I stand just as ferociously in these dangerous waters as my beloved father and Lion of Punjab had back in the day, Ms Wattoo emphasised.

Dignity, dignity, and dignity remained the key hallmark of the goals I had set for myself the day I decided to jump into the field of politics. “I still remember the hint of reluctance I sensed in my family as they either wished to accompany me to public gatherings or wanted to drive the wheel from the passenger seat. But, as my performance on the ground convinced them otherwise, today, I enjoy their utmost confidence in how I carry myself and be a part of crucial decisions.”