* In his latest statement, the conman claimed that he was in a serious relationship with the 'Cirkus' star and Fatehi used to brainwash him against Fernandez, so as to leave the actress 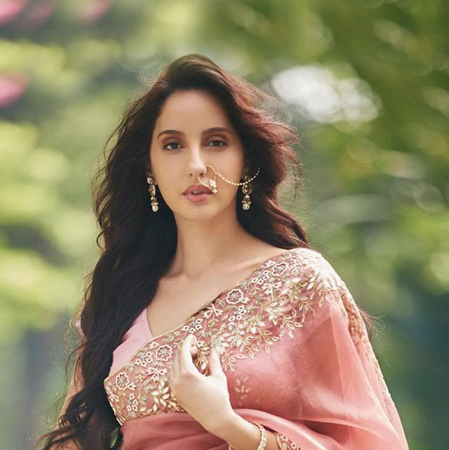 In the latest development on the multi-million rupees fraud case, Conman Sukesh Chandrashekhar has claimed that Bollywood diva Nora Fatehi has always been jealous of fellow celeb Jacqueline Fernandez.

Days after the ‘Street Dancer’ actor claimed that fellow Bollywood celeb, Fernandez was ‘waiting in line’ to get an offer from conman Sukesh Chandrashekhar – the prime accused of the INR200 crore extortion and money laundering case – the latter has made some fresh revelations against Fatehi.

In his latest statement, conman claimed that he was in a serious relationship with the ‘Cirkus’ star and Fatehi used to brainwash him against Fernandez, so as to leave the actor and date her instead. “As I and Jacqueline were in a serious relationship, I started avoiding Nora, but she kept irritating me by calling and also, asking me to help Bobby in setting up a music production company, which I did,” Chandrashekhar told the ED (Enforcement Directorate) officials. “I started avoiding Nora but she kept irritating me. Nora used to try calling me at least 10 times a day and if I don’t answer the call, she used to keep on calling me,” he alleged. “She also kept sending me multiple pictures of Hermes bags and jewellery that she wanted, which I obliged by giving her, which she was using to date. Ask her to produce one bill of Hermes bags that she has, she can never produce as she does not have, as the bags are worth more than Rs 2 crores,” the statement read. It is pertinent to mention that the statement from Chandrashekhar came days after Fatehi revealed in her testimony that she was ‘promised a big house and luxurious lifestyle’ by the former if she agrees to be his girlfriend.

In his defence, conman also told the media reporters that he has already paid a huge sum to Fatehi to purchase a house for her family in Casablanca, Morocco. For those unversed, Bollywood starlets Jacqueline Fernandez and Nora Fatehi among several other budding actors were named as accused in the multi-million rupees extortion case, for receiving luxury gifts from the crime proceeds. Last month, Fatehi sued Fernandez over defamation grounds, accusing her of criminally tarnishing the actor’s career for self-interests, knowing they are in the same profession with similar backgrounds.