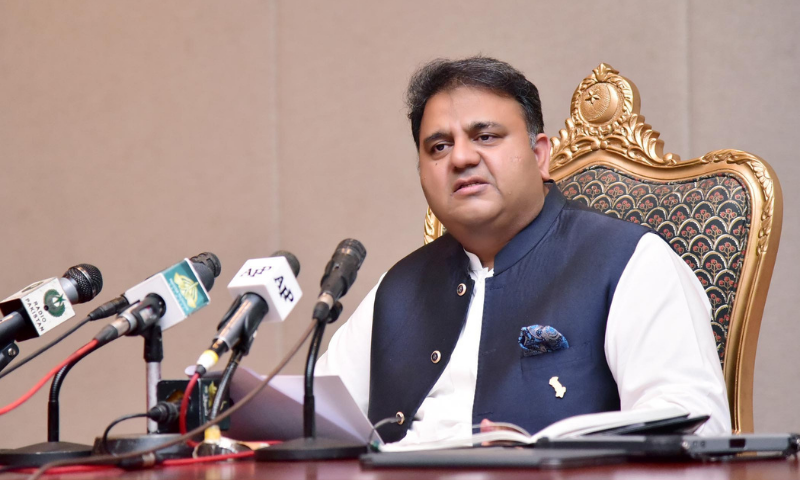 PTI leader Fawad Chaudhry was detained by Punjab Police in the early morning of Wednesday.

According to a tweet from PTI leader Farrukh Habib, police have arrested Fawad Chaudhry from his Lahore home. He claimed that the imported government, in a panic, began arresting PTI leaders.

Earlier, thousands of Pakistan Tehreek-e-Insaf (PTI) workers gather outside PTI chief Imran Khan’s residence in Zaman Park, Lahore in the wee hours of Wednesday to protect their leader from possible arrest by the Punjab police

Thousands of PTI workers including women and children and the top leadership of the party reached Zaman Park on the call given through PTI’s official Twitter account.

Speaking to the media outside the residence of Imran Khan, PTI leader Fawad Chaudhry said that only on a 30-minute notice thousands of workers came here. “Arresting Imran Khan, the country’s most popular leader, is a conspiracy against Pakistan,” he said.

Fawad Chaudhry said Imran Khan is our red line and if someone conspires to arrest Khan, then there will be protests all over Pakistan. He said that every city in Pakistan will be locked down as masses stood with their popular leader.