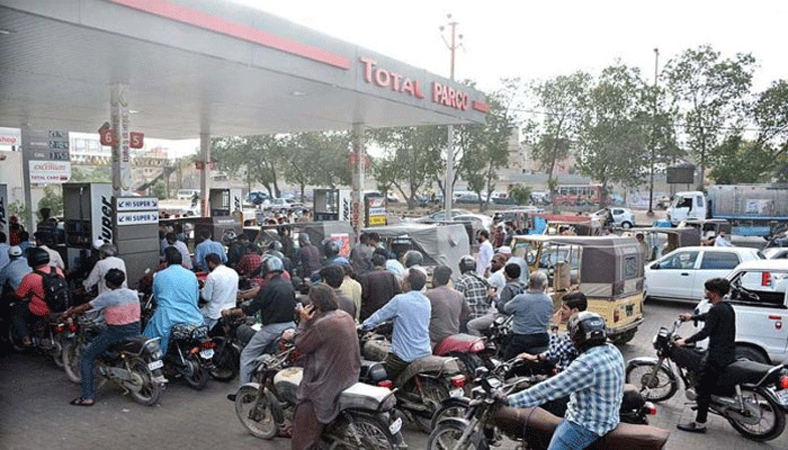 The Oil and Gas Regulatory Authority (OGRA) on Tuesday strongly rejected speculations about the shortage of diesel and petrol in the country. “Sufficient stocks of petrol and diesel are available across the country,” OGRA spokesperson Imran Ghaznavi clarified in a press statement, after scores of people rushed to pumps and panic-bought the commodity. He said the country had sufficient petrol and diesel stocks for meeting the needs of 18 and 37 days, respectively. “Furthermore, ships carrying 101,000 (tonnes) petrol is at berth/outer anchorage,” the spokesperson added. Ghaznavi said the local refineries were “playing their due role” in meeting the demand for petroleum products. It should be noted that yesterday, people started to rush towards the fuel pumps amid the rumours of petrol and diesel shortage. Long queues of vehicles outside nearly every petrol pump were reported to be observed in Karachi, Lahore and Peshawar. Moreover, the Petroleum Dealers Association Khyber Pakhtunkhwa Chairman said that there was no fuel at 50% of the petrol pumps in Peshawar. The speculations were strengthened as the power restoration in the country witnessed an unprecedented delay plunging the whole country into the dark.