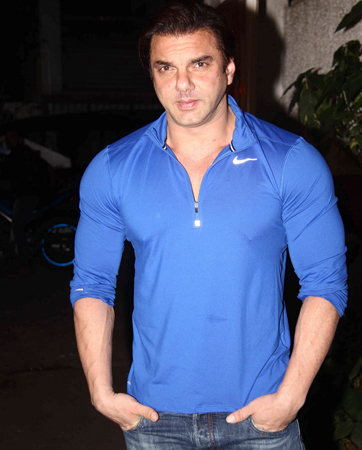 Sohail Khan, who is not actively taking part in movies nowadays, but is winning hearts on the streets of India as he rescues an injured woman on the road.

A video has been circulating on internet where the actor can be seen walking towards the lady who probably fell on the road and suffered an injury in her foot.

The video showed the lady talking to Sohail telling him that she is not able to get up as she has hurt her foot. Sohail than lifts her up with the help of the people standing around. They all lift her up and carry her to Sohail’s car who then takes her to get some medical assistance.

Khan’s gesture is winning hearts on social media. Many of his fans and followers are praising him. One of them wrote: “This is called beautiful upbringing from Saleem sahab.”

Meanwhile, another fan wrote: “So kind of Mr. Sohail Khan but shame on the cameraman for capturing this instead of helping her.” Another comment read: “This is something we can be human … Sohail sir.”