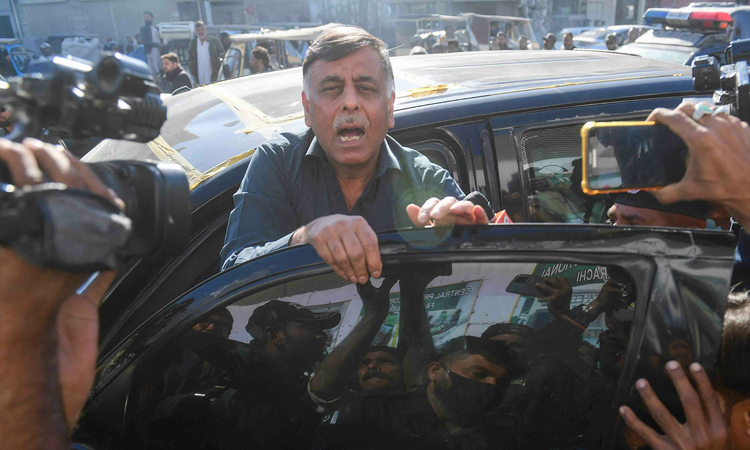 An anti-terrorism court in Karachi on Monday acquitted all accused, including former senior superintendent of police (SSP) Rao Anwar, from the murder of Naqeebullah Mehsud, five years after the youth was gunned down in the city’s outskirts. The court stated that the prosecution has failed to prove its case against the accused. Speaking to media after the acquittal, Rao Anwar said a fake case was filed against him but thanks to the Almighty and judge the “false allegation” has been proven wrong. A visibly jubilant Anwar said that he will give a detailed response on the media later.

He claimed that 25 people were wrongly nominated in the murder case, saying the person killed was a wanted terrorist whose name was Naseemullah and not Naqeebullah. “He was a wanted militant about which advertisements were also given including newspapers.” When asked whether he would like to rejoin the police department, the former police official said one year of his service is left and he “would like to serve Karachi”. “I freed Karachi from many cruel people,” claimed Anwar. The complainant’s counsel, Advocate Sallahuddin Panhwar, stated in his closing arguments that the case involved three episodes: the abduction of Naqeeb, his illegal detention and later, the extrajudicial killing.

He said Naqeeb, and his friends Hazrat Ali and Qasim, were abducted from Gulsher Agha Hotel on Abul Hassan Isphani Road on January 3, 2018. He added that Anwar and other accused demanded Rs1 million ransom for his release, adding Ali and Qasim were released from illegal detention on January 6 while Naqeeb was handed over to the Shah Latif Town police. Panhwar added that on January 13, Naqeeb and three others were shot dead in a staged encounter in Usman Khaskheli Goth by the accused police officers who dubbed the victims as terrorists.

He said, “geofencing, a technical analysis of call data records and circumstantial evidence suggested the involvement of Rao Anwar in the extrajudicial killings.” “Anwar in his statement recorded under Section 342 of the Criminal Procedure Code (CrPC) also admitted that he had knowledge of the matter and also led a convoy to the crime scene after being contacted by the SHO Shah Latif Town,” the counsel added. He argued that the former SSP abetted the kidnapping for ransom and murder of the victim and later tried to cover up the unlawful acts by billing the victims as militants. He pleaded with the court to punish the accused police officers according to the law. On the other hand, defence lawyers Abid Zaman and Aamir Mansoob contended that there were discrepancies in the statements of the witnesses and requested the judge to acquit their clients.

According to the prosecution, the call data record showed Rao Anwar’s presence at the crime scene and near the New Sabzi Mandi on the Super Highway on January 4, 5, 8, 9 and 13. However, Rao Anwar in his statement had denied the allegations of being involved in the extrajudicial killings and testified that he was not present at the place of the occurrence at the time of the incident, nor did he ever visit the new Sabzi Mandi between January 4 and 6, 2018. He claimed that he was implicated in the case based on “managed geo-fencing and call data record” at the behest of a senior police officer he had a professional rivalry. The former SSP, eluding law enforcers for two months, had surrendered before the Supreme Court and was subsequently taken into custody. He was shifted to a house-turned-sub-jail in the Malir cantonment area instead of being kept in the central jail and finally released on bail in July 2018.