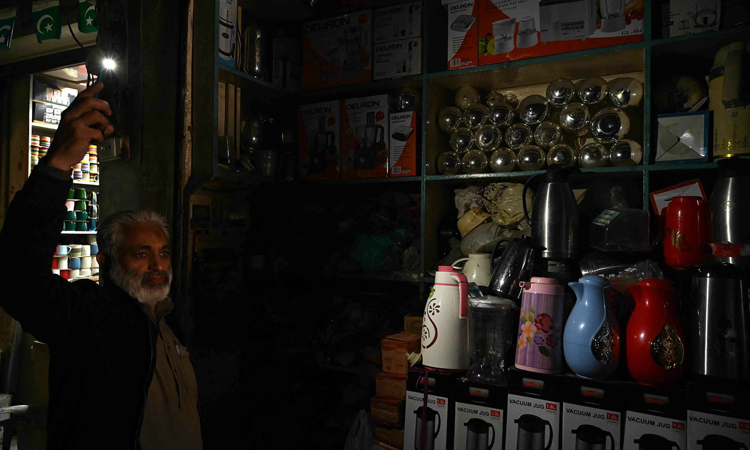 The electricity was being gradually restored late Monday night after a major countrywide breakdown, which hampered businesses and the daily lives of more than 220 million people.

Energy Minister Khurram Dastgir said on Monday night, more than 14 hours after the breakdown occurred, that officials had begun restoring electricity across the country.

The system of frequency of the national grid went down at 7:34 am which resulted in a countrywide power breakdown. Taking to a private channel, Minister for Power Division Engineer Khurram Dastgir said that the breakdown was not “major”. “In winter, the demand for electricity reduces nationwide, hence, as an economic measure, we temporarily close down our power generation systems at night. However, when the systems were turned on in the morning, frequency variation and voltage fluctuation was observed in the south of the country- somewhere between Dadu and Jamshoro because of which power generating units shut down one by one,” he said.

The National Electric Power Regulatory Authority (Nepra) has taken serious notice of the country-wide power breakdown. The authority also directed the National Transmission and Despatch Company (NTDC) to submit a detailed report on the electricity blackout. Nepra also apprised that it had previously imposed fines on similar trippings, partial/full blackout(s), system collapse(s), and tower collapse(s) in 2021 and 2022 and has consistently issued directives and recommendations on mitigating such events as well.

Prime Minister Shehbaz Sharif also ordered an inquiry into the outage, which began at around 7:30am and lasted more than 14 hours during the peak winter season.

The outage, which the minister had said was due to a voltage surge, is the second major grid failure in three months, and adds to the blackouts that Pakistan’s populace suffers on an almost-daily basis.

Analysts and officials blame the power problems on an ageing electricity network, which like much of the national infrastructure, desperately needs an upgrade that the government says it can ill afford.

In a press conference later, the minister said that despite the unprecedented voltage fluctuations in the national grid, the transmission system is safe, which will help in the restoration of power. “Our teams – from across the country – have not reported any adverse effects of the breakdown on the national transmission system. This will help us when we restore power.”

He added that a working power plant in Uch is providing energy to Sukkur, Naushahro Feroze, Larkana, Khairpur Nathan Shah, and their surrounding areas. So, he said, using the same power plant, the power has been restored in some areas of Balochistan and South Punjab, while the Thar Coal facility is providing power to Karachi Electric so that it can restore its functions partially.