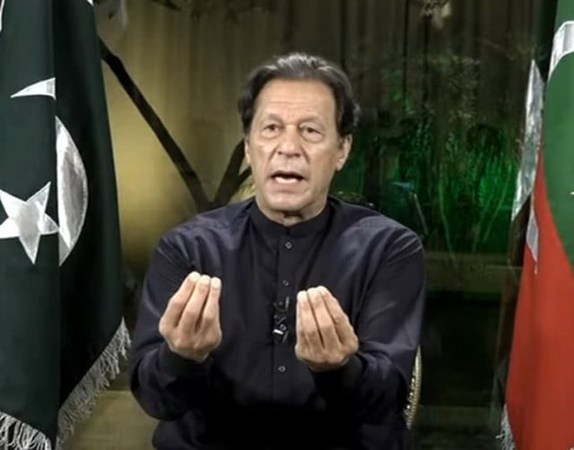 Reacting to Mohsin Raza Naqvi’s appointment as caretaker CM of Punjab, the PTI Chairman Imran Khan said the PML-N had a “history of selecting their own umpires but it’s incredible how the ECP has selected a sworn enemy of PTI as the caretaker chief minister – a post meant for a non-partisan person”. He noted that Naqvi had previously made a “voluntary return deal” with the National Accountability Bureau. He further said that the apex court had previously held that “in a case of voluntary return, a person cannot hold any public office at [a] federal or provincial level nor in any state organisation”. Imran stated that the election commission had “helped reduce Pakistan into a banana republic, making our democracy a joke”. He further said he would hold a press conference tomorrow (Monday) to “expose this entire farce”.

The PTI leader Fawad Chaudhry said that the commission “never failed to disappoint”. “We reject the decision to appoint a controversial person such as Mohsin Naqvi as the chief minister,” he said, adding that there was no other option apart from protesting in the streets. He called on party workers to prepare, saying that a large campaign would be launched under the leadership of party chief Imran Khan. In a separate video message, Fawad reiterated that the PTI had rejected Naqvi’s appointment, adding that the party would approach the courts. He said that the ECP never failed to disappoint the public, terming the commission to be a subsidiary of the PML-N and the PPP. He alleged that Naqvi had been tasked with delaying the elections in Punjab and to sabotage the PTI.

“The public has lost hope in the country’s institutions,” Fawad said. “They will have to come out onto the streets under the leadership of Imran Khan and reject decisions taken in closed rooms.” The PTI Secretary General Asad Umar said appointing Naqvi as the caretaker chief minister was akin to making a mockery of the Constitution. He said that the PTI would challenge the decision and protest against it.