* Directed by Mahnoor Euceph, 'Eid Mubarak' is a live-action short film based on the real childhood experience of the writer and director 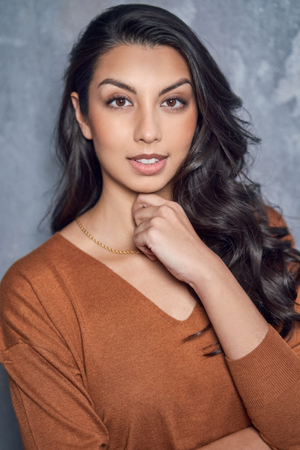 Zoha Rahman, an accomplished and talented actress, has recently achieved a major milestone in her career. Her latest short film, Eid Mubarak, has been acquired by Disney’s Creator+ for their ‘Flip the Script’ Short Film Fund. This is a significant achievement as it means that the film will be featured on a popular international platform and have the opportunity to reach a wide audience.

Directed by Mahnoor Euceph, Eid Mubarak is a live-action short film based on the real childhood experience of the writer and director. With this film, the team hopes to bring into the Western mainstream an experience that is universal in the Muslim world, and create bridges of understanding across cultures. From color to composition, every frame of Eid Mubarak will be a testament to the creativity and hard work of the entire team, which includes not only Americans, but also the artisans of Pakistan who need a spotlight to showcase their unique talents to the world. The film was shot in Karachi, Pakistan over the course of five 12-hour days in May 2022, and completed post-production in the summer in Los Angeles, California. The film is set to premiere at the Children’s Film Festival in Seattle, February 2023, providing a platform for Zoha’s work to be seen by a diverse and engaged audience. Zoha made a name for herself after starring in ‘Spider-Man: Far from Home’ as the Marvel universe’s first hijab wearing character. She has featured in Netflix’s ‘Young Wallander’ and Apple TV’s ‘Foundation’. Her acting abilities have stretched across the pond to Bollywood as well, where we saw her in the mega biographical sports feature ’83. Zoha will also star in Anshuman Jha’s ‘Lord Curzon Ki Haveli’, set for festival release later this year.

Zoha Rahman: Rahman is a British-Pakistani actress who is quickly rising to fame in the country. The budding star is known for her role as a hijabi in the Marvel Cinematic Universe in Spider-Man: Far from Home. She is currently starring in the Apple TV+ production Foundation and will soon also be seen in Kabir Khan’s next film ’83.