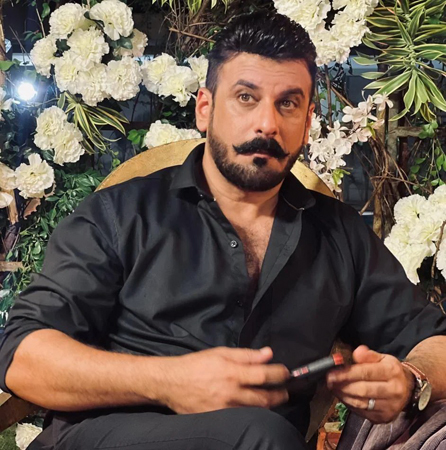 Famous Pakistani actor Shamoon Abbasi weighed in on the recent controversy surrounding Feroze Khan, urging others to refrain from inserting themselves into someone’s personal and domestic matters.

Actor Shamoon Abbasi, took to his Facebook account and shared his two cents on legal action by celebrities against Feroze Khan for leaking their personal details.

He said, “I usually don’t get into others’ personal problems, but since I’ve been asked by my fans and followers, I feel like I should reply.”

Abbasi, who was once married to Feroze’s sister Humaima Malick, acknowledged that domestic issues are common in married life. “I have also faced these domestic issues in my own marriage,” he said.

Talking about the Habs actor leaking personal information of other celebrities, Abbasi said, “I’m not taking Feroze Khan’s side, but if you have a stance about anyone’s personal issue, you should be ready to face the consequences.”

Abbasi went on to say that the Pakistani entertainment industry is already very small and that celebrities should not waste their time only for a few social media likes. Shamoon Abbasi also urged people to avoid commenting on other’s domestic issues or be ready to face the repercussions.