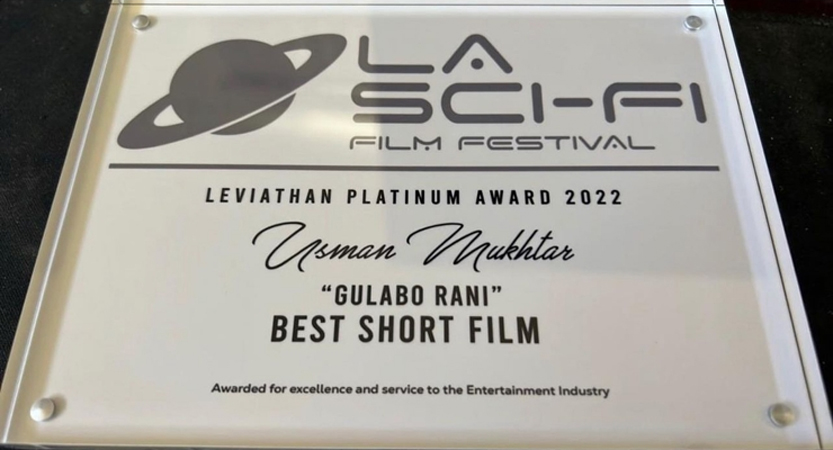 The film received the Best Short Film Award. Usman s directorial is produced by him along with
friend/ actor Meiraj Haq backed by their production house named Terrestrial Studios.

Taking to Instagram, Usman shared the news with his fans. He posted the photo of the award and wrote, “Alhamdulillah Super Happy to announce that ‘Gulabo Rani’ has won Best Short Film at the LA SCI-FI & HORROR FILM FESTIVAL!!!!! Super proud of the entire team!!!”

Usman is one of the talented artists of the Pakistani film industry. He previously made his directorial debut with short film “Bench” that featured him along with actor/model Rubya Chaudhry. The film also won Best Short Film award at the South Shore Film Festival New York.