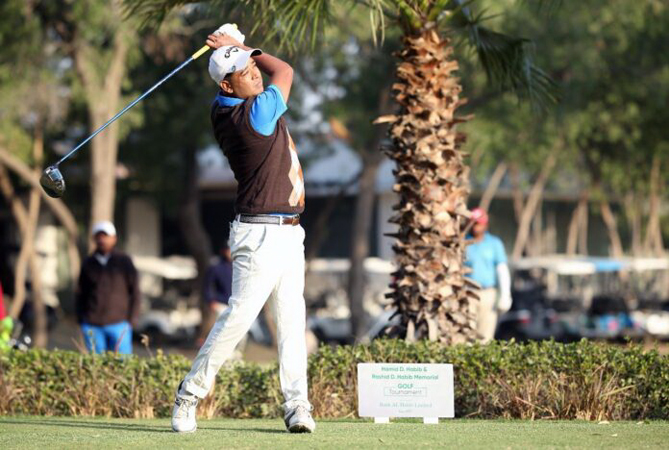 KARACHI: Muhammad Shahzad, who tied lead with six others on day one, ended the second day — with a gross of 136, eight under par — to take lead in the 12th Rashid D. Habib Memorial National Professional Golf Tournament 2023 at Karachi Golf Club (KGC) here on Friday. Muhammad Zubair and defending champion Waheed Baloch were his close challengers with joint score of 68, four under par. Pakistan’s ace golfer Shabbir Iqbal was at third position with Ashiq Hussain by carding a joint gross of 140, four under par. No golfer was able to claim the hole-in-one Toyota Corolla and Suzuki Alto on second day. Waheed, Shahzad and Zubair started the second round well. Waheed started with four birdies on red course but on blue side his single bogie stopped him from lead. Shahzad started from blue and carded one under par. Shahzad’s four birdies on the red side helped him to take lead on the second day. Zubar shot three under on blue side and one birdie on red side. After the cut on second day, 40 professionals will participate on Saturday (today) till the final round. Competitions for senior and junior professionals will also start from Saturday.