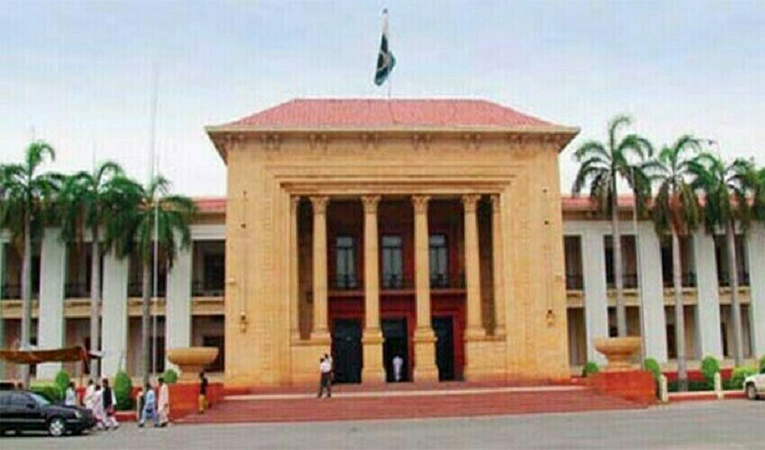 The parliamentary committee constituted to appoint the Punjab caretaker chief minister failed to reach a consensus on Friday, leaving the matter to be decided by the Election Commission of Pakistan (ECP), a private TV channel reported.

A meeting of the six-member committee, comprising three members from each treasury and opposition benches, was held under the chairmanship of Punjab Assembly Speaker Sibtain Khan which discussed nominations for the high-profile post provided by both sides. Former minister Raja Basharat, Mian Aslam Iqbal and Hashim Jawan Bakht represented the ruling PTI-PML-Q alliance during the meeting, while the opposition was represented by PM’s special assistant Malik Muhammad Ahmad Khan, PPP’s parliamentary leader Syed Hassan Murtaza and Malik Nadeem Kamran.

During the meeting, the opposition insisted on naming two of its candidates whereas the government members suggested naming Ahmed Sukhera and Naved Akram Cheema as caretaker CM of Punjab. Talking to the media in Islamabad after the meeting, Basharat said the names submitted on behalf of the PTI for the caretaker chief minister were better than the opposition’s picks from “every angle”. “Make a decision which is acceptable to the public,” he told the opposition, claiming that they were “stuck on two names.” Basharat added that it was decided to send the names of all the nominees to the ECP so that the matter could be decided. “The election commission should compare all the nominees and pick the best person for the role,” he said. He said that the PTI-PML-Q alliance would use all available options and approach the court if a “controversial person” was chosen. Meanwhile, Iqbal said that a person with “administrative knowledge and good character” should be appointed for the role. “Experienced people must be brought forward,” he added. For its part, the opposition expressed its dismay over the failure to reach a consensus on the matter.

Kamran said that the candidates proposed by the PTI-PML-Q alliance were not “eligible otherwise a debate could still have been held”. He criticised Elahi for saying he would approach the Supreme Court if the matter went to the electoral watchdog, saying that it showed a “lack of confidence in the committee”. Khan demanded the PTI-PML-Q alliance name a “more professional person” than Cheema. He added that the ruling coalition had objected to Cheema due to an ongoing corruption case against him. He also advocated for Naqvi’s appointment, saying he was a “non-partisan person” and a “media tsar who has worked with CNN”.

Murtaza expressed regret that the two sides could not reach an agreement on the matter. “Today we are not in a position to decide and can’t achieve consensus of opinion on anything and the reason for that is members are sent with a dictation that ‘you don’t have to accept anything,'” he said. Since the members of the parliamentary committee could not agree on any name after which the matter will be referred to the ECP tonight. The ECP will not appoint anyone out of the names provided by both sides including Mohsin Naqvi, Ahad Cheema, Naved Akram Cheema and Ahmed Nawaz Sukhera. As per the Constitution, the ECP would have to appoint caretaker CM within 48 hours.