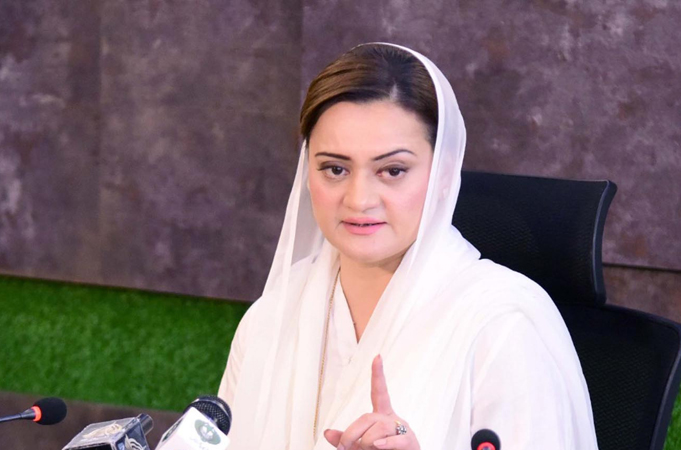 Minister for Information and Broadcasting Marriyum Aurangzeb on Friday said the biggest achievement of the coalition government was to rid the country of “Project Imran”.

In her reaction to Imran Khan’s statement, she said the incumbent government freed the country from “the biggest foreign agent ‘fitnah’ and mafia”. She said the Pakistan Muslim League-Nawaz (PML-N) had always steered the country and its economy out of crises.

“The ‘Project Imran’ pushed the country towards economic bankruptcy,” she added. The minister said by the end of its previous tenure in 2018, PML-N had brought about historic economic stability in the country. During its era, prices of edible items, electricity, gas, and petrol were also affordable, she added. PML-N had created employment opportunities for the youth besides the initiative of China-Pakistan Economic Corridor (CPEC) and the generation of 14,000 megawatts of additional electricity. Above all, the minister added, PML-N had made Pakistan a terrorism-free country.

Moreover, she went on to say, the country was given a historic 6.2 percent growth and the IMF programme was completed successfully. Taking a jibe at Imran Khan, she said Imran’s four-year regime made the youth unemployed and pushed the country into a quagmire of poverty and inflation. Today, the high rates of wheat, electricity, gas, flour, and other commodities in the country were due to Imran’s inefficiency.

“The ongoing IMF programme having strict conditions is Imran’s gift to the people”, she maintained.

She questioned Imran’s demand for early elections, asking what will happen if, after four years of destruction and the storm of inflation, the elections are held now. The minister said Imran Khan could talk about the 2018 elections when he was imposed on the country, but not about the upcoming elections.

Meanwhile, Minister for Information and Broadcasting Marriyum Aurangzeb on Friday said the campaign for polio-free Pakistan was underway despite the worst and challenging conditions in the country. Sharing a video of a polio workers walking in over knee-high snow in her twitter handle account, she said this clip was a clear manifestation of Pakistan’s determination to end polio-virus on its soil.

The minister saluted the proud workers, who despite some terror incidents and harsh weather condition, were striving to protect the health of children across the country.

She said that these workers were benefactors of future generations of Pakistan.