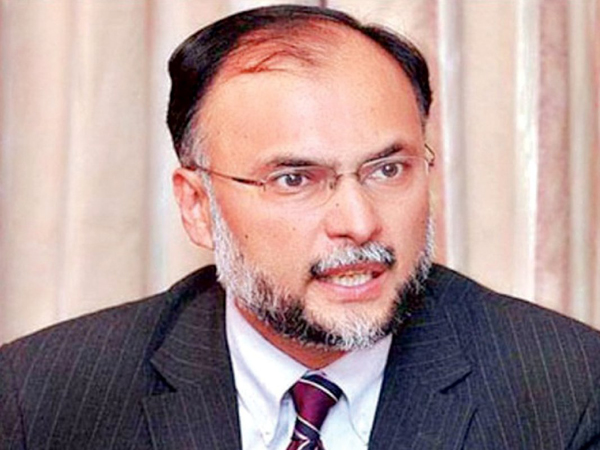 Federal Minister for Planning and Development Ahsan Iqbal has said the general elections will be held in October this year after completion of the population census and subsequent delimitation of the constituencies. Talking to the media at Mehran University of Engineering and Technology (MUET), Jamshoro district, on Friday the minister said the census results would be published by April 30. He added that later the ECP would take up to 4 months to complete the delimitation according to the new census. “The 2 processes will be completed in August when the National Assembly will complete its tenure,” he observed. He recalled that a meeting of the Council of Common Interests (CCI), held in April, 2021, when Pakistan Tehreek-e-Insaf Chairman Imran Khan was the Prime Minister, had taken a decision in that regard. The basis of the CCI’s decision was the Sindh Government’s objections to the authenticity of the 2017 population census, he told. “Khan himself had decided in that meeting that the new elections would be held only after the census,” Iqbal maintained. He reiterated that despite all the pressures being exerted by the PTI chief, he would not get the elections before October, 2023. The Federal Minister believed that Khan was also aware of the technical issues which would not allow early elections. “But I think Khan only wants chaos and uncertainty in Pakistan because he is working on some agenda,” he contended. Responding to a question about holding elections in Punjab and KPK provinces after the dissolution of the tow provincial assemblies by the PTI, the minister said the ECP would have to take a decision in that regard keeping in view the constitutional question. He asserted that Pakistan Muslim League-Nawaz was fully prepared to participate in the early election and that his party would ensure that the PTI faced the same defeat which the party was rendered on January 15 LG elections in Sindh, especially Karachi. He argued that not only the constitutional issue of the CCI’s decision about fresh census and delimitation before the general election was before the ECP, the commission would have to consider the country’s financial straits as well. Iqbal said holding the election of provincial assemblies twice in a span of few months would require hundreds of billions of rupees in expenditures that the economy could ill afford. “Even if for the sake of argument we agree over the early elections before the census, there will be another concern that if Pakistan has that fiscal space to put the country in uncertainty for 6 months?” he questioned.