Before ‘Seinfeld,’ Jerry was shown the door by ‘Benson’

* Although the show often focused on four characters, it was clear from the beginning that Seinfield was the star of the show 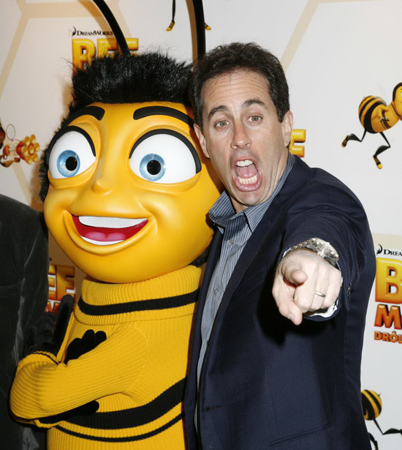 Seinfeld is one of the most beloved sitcoms of all time. In fact, in 2013, the Writers Guild of America named it one of the Best-Written TV Series of All Time, only second to HBO’s The Sopranos. Nowadays, the show still maintains its popularity, with many of Seinfeld’s episodes and catchphrases becoming a part of modern pop culture to this day. Although the show often focused on four characters, Jerry Seinfeld, his best friend George Costanza, his ex-girlfriend Elaine Benes and his neighbour Cosmo Kramer, it was clear from the beginning that Seinfield was the star of the show. Nowadays, Jerry Seinfeld is a popular comedian with a massive net worth, so it’s hard to believe that before starring in Seinfeld, he didn’t have much going on. Well, believe it or not, before starring on his own show, Jerry Seinfeld was fired from another popular comedy series.

Jerry Seinfeld’s career began in the late 70s when he decided to try out at an open-mic night at New York City’s Catch a Rising Star. His witty humour soon caught the attention of TV producers, which landed him several appearances on different TV shows.

His popularity grew so much that in the late 80s, Seinfeld was presented with the opportunity to pitch a show to NBC. Along with his friend and fellow comedian, Larry David, Seinfeld came up with the premise for a sitcom about a stand-up comedian and his day-to-day life. The series was then developed by NBC executive Rick Ludwin, and produced by Castle Rock Entertainment.

In 1989, Seinfeld’s first episode, titled The Seinfeld Chronicles, was initially screened to a group of NBC executives in Burbank, California. However, it was not a huge success as the executives didn’t think the show would be successful. Despite this, the pilot aired on NBC at some point later that same year. Much to NBC’s surprise, Seinfeld became a huge critical and commercial success. The sitcom would go on to air on NBC for almost a whole decade, from 1989 to 1998, with a total of 9 seasons and 180 episodes.

In 1980, before Seinfeld was created, Jerry Seinfeld landed a small recurring role on the sitcom Benson, a spinoff of the popular 70s sitcom Soap. This show starred Robert Guillaume as Benson DuBois, the head of the household for Governor Eugene X. Gatling and mostly focused on the conflicts and relationships within the Governor’s household. With seven seasons and more than 150 episodes, Benson aired for almost a decade, from 1979 to 1986. In 1980, Jerry Seinfeld got to play Frankie, a mail-delivery boy who would often try to practice his comedy routines although no one wanted to hear them. Seinfeld would appear in a total of three episodes before being abruptly fired from the sitcom due to creative differences with the show’s producer. In a 2006 interview, Seinfeld revealed that he was not told he had been fired until he turned up for rehearsal one day and found that there was no script for him. After being fired from the comedy series Benson, Seinfeld saw his career take a turn for the best when he was offered the chance to have his own show on NBC, Seinfeld, which would go on to become a huge success. His work in this popular sitcom won him several awards, including an Emmy for Outstanding Comedy Series in 1993, a Golden Globe Award for Best Comedy Actor on a TV Series in 1994, and a Screen Actors Guild Award for Outstanding Performance by an Ensemble in a Comedy Series in 1995, 1997 and 1998.