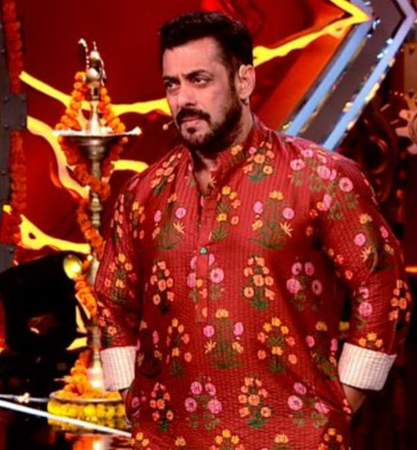 Bollywood superstar Salman Khan named three celebrities he would like to take to the ‘Bigg Boss’ house with him. The veteran chat show host, Simi Garewal was the latest guest on Salman Khan’s ‘Bigg Boss’ where the two recreated the iconic ‘Rendezvous’ experience during a segment and the latter answered the questions posed by the host. During the segment, Garewal touted Khan as the ‘best TV show host in the world’ and questioned him about what he got to learn from the show during the 13-year-long stint as the host, to which, he responded saying, “I’ve learnt patience from this show.” Khan was further asked about three of his friends he would like to take inside the ‘Bigg Boss’ house if given a chance, he replied, “Sanju, Shahrukh and Katrina.” Garewal shows an affirmation to his answer and expressed the wish to see such a show, if not for 4 months, at least for a few weeks. It is pertinent to mention here that Salman Khan is currently hosting season 16 of the reality show ‘Bigg Boss’.