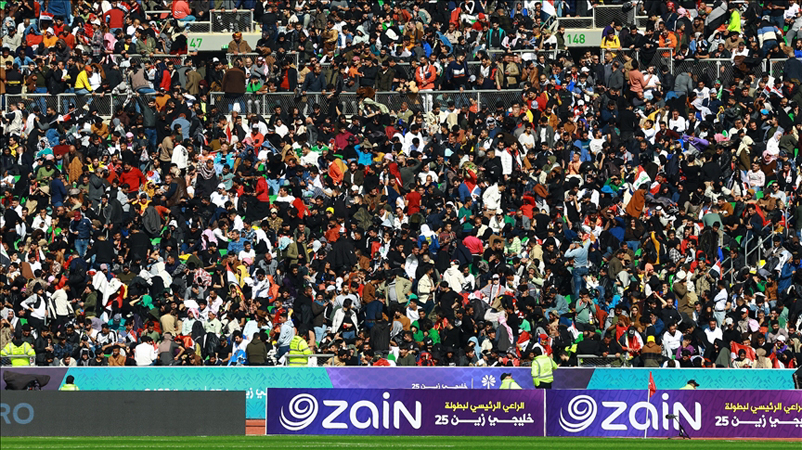 BASRA: At least two people have been reported killed and dozens injured in a stampede outside a football stadium in Iraq, hours before the Gulf Cup final, medical and security sources said. The deadly incident on Thursday happened as spectators gathered at the Basra International Stadium to attend the final match in the first international soccer tournament held in the country in four decades. A doctor at Basra General Hospital told The Associated Press news agency that two people were killed and 38 were injured, some of whom have been discharged from the hospital. The Iraqi News Agency earlier reported that as many as 60 people were injured outside the stadium and that some are in critical condition. Iraq has welcomed football teams from across the region for the Gulf Cup, ending decades of repeated bans on international matches in the country.

It is the first time Iraq hosts the regional competition since 1979, the same year Saddam Hussein seized power in Baghdad. The tournament brings together eight teams. More than 10,000 foreign fans had arrived on January 6 for the opening match in the city, located a short distance from Iraq’s borders with Kuwait and Iran, an official from Basra’s provincial government said. The tournament faced several incidents, including chaos inside the VIP section during which a Kuwaiti prince was not able to attend the opening match earlier this month. Iraq’s Interior Ministry in a statement urged people who do not have tickets for the final match to leave the stadium area. It said that the stadium is full and all gates have been closed. Iraq’s new Prime Minister Mohammed Shia al-Sudani, who arrived in Basra on Thursday, urged people to help authorities in order to “show the final match of 25th edition of the Gulf Cup in its most beautiful form.”

According to reports, giant screens were later placed in different public places in Basra so that people can watch the match. The final match in the eight-nation Arabian Gulf Cup is scheduled to be held later Thursday between Iraq and Oman. The tournament started on January 6, with teams from the six Gulf Cooperation Council countries – Bahrain, Kuwait, Oman, Qatar, Saudi Arabia and the United Arab Emirates – as well as Yemen and Iraq.