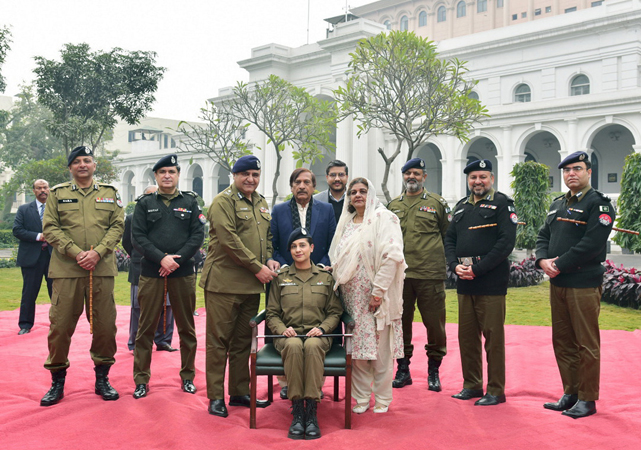 Inspector General Police Punjab Aamir Zulfiqar Khan has said that departmental promotion and increase in rank is an important part of the career of every police officer and reflects the increase in their responsibilities.

The IG Punjab said that it is the responsibility of the supervisory officers to get excellent performance from the subordinate staff, so the promoted officers should play their commanding role with more diligence and leave no stone unturned in selfless service of citizens and protection of life and property.

Aamir Zulfiqar Khan said that according to the guidelines of smart and community policing, all available resources should be utilised for providing services to the citizens and eradicating crimes. He directed that by promoting public-centric and modern policing, immediate relief should be provided to the citizens in need and an environment of safety should be established by strengthening the positive image of police. He expressed these views while talking to the officers who were promoted to the SP rank in the Central Police Office.

The badge pinning ceremony on the police officers promoted to the SP rank was held at the Central Police Office, in which IG Punjab Aamir Zulfikar Khan and Additional IG Establishment Captain (Rtd) Ehsan Tufail pinned badges of SP rank on seven officers. Those promoted include Uzair Ahmed, Abdul Hanan, Bilal Mehmood Silhari, Muhammad Waqas Khan, Maham Khan, Aqeela Niaz Naqvi and Lt (Rtd) Azhar Jawaid . IG Punjab Aamir Zulfiqar Khan congratulated the promoted officers on their departmental promotion. All the promoted officers reiterated their determination to ensure service and safety of the citizens at all costs. Additional IG Establishment, Training, Welfare and Finance, Logistics and Procurement, DIG Headquarters and other officers and the families of the promoted officers were also present on this occasion.