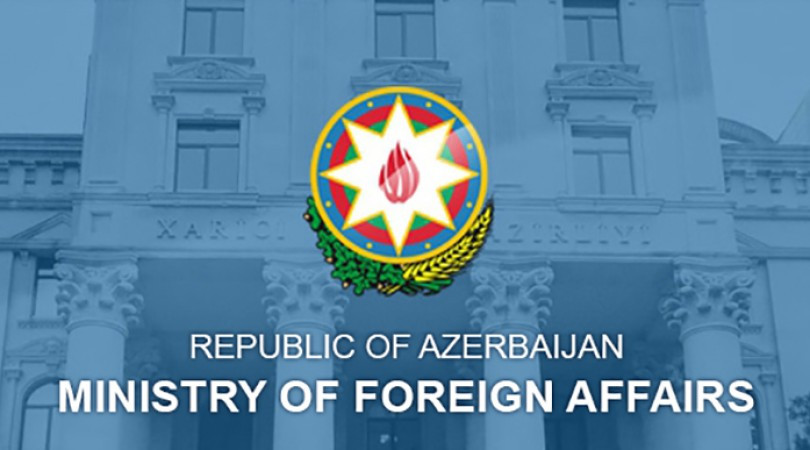 “On the night of January 19-20, 1990, as a result of military aggression of the units of the Soviet Army and special forces, as well as contingents of internal troops against Azerbaijan, civilians, including children, women, and elderly were massacred in the cities of Baku, Sumgayit, Lankaran and Neftchala by order of the USSR leadership. As a result of the occupying forces’ military aggression 150 civilians were killed, 744 were seriously injured, and 4 people went missing,” according to a statement issued by the Azerbaijan Ministry of Foreign Affairs.

“The Soviet army sent to the country in order to forcefully suppress the mass protests of the Azerbaijani people and the national independence movement started in response to the discrimination policy of the USSR leadership against the people of Azerbaijan, the deportation of hundreds of thousands of Azerbaijanis from their historical lands in the territory of present-day Armenia, and Armenia’s unfounded territorial claims against Karabakh, committed an unprecedented massacre against the civilian population grossly violating international law and the Constitution,” the MFA statement read.

“At the special session of the Milli Majlis (Parliament) held in February 1994 the brutal killing of innocent people on 20 January 1990 was qualified as military aggression and a crime, and in March 1994 a decision “On the tragic events committed in Baku on 20 January 1990″ was adopted. 20 January was declared the National Mourning Day,” the MFA statement read.

“20 January tragedy had a decisive influence on the formation of the national identity of Azerbaijan and became a turning point in the restoration of the independence of Azerbaijan. Azerbaijani people, who were subjected to military, political, and moral aggression of the Soviet regime 33 years ago, showed commitment to their historical traditions of struggle.

On that tragic day, the sons of the motherland, who gave their lives in defense of justice wrote a brilliant page in the heroic chronicle of our people. On January 20, 1990, which was marked in our history as a day of tragedy, as well as of national pride, the Azerbaijani people conveyed to the world that they deserve to live free, sovereign and independent,” the MFA statement read.

“Despite the fact that 33 years have passed, the events of 20 January, one of the most terrible crimes committed in the 20th century, in which all international legal documents were grossly violated, were not given an international legal assessment. The leadership of the former Soviet Union is directly responsible for this crime. According to international law, the 20 January tragedy should be qualified as a crime against humanity, and its instigators and perpetrators must be punished,” according to the MFA.

“Today, the souls of our heroic martyrs who gave their lives for the independence of Azerbaijan, as well as for the sovereignty and territorial integrity of our country are at peace.

Under the leadership of the Victorious Commander-in-Chief, the courageous Azerbaijani Army liberated our territories, which were under occupation for 30 years, and the territorial integrity of Azerbaijan was restored.

Actions against the independence, sovereignty, and territorial integrity of Azerbaijan will continue to be adequately countered.

We once again commemorate with deep sadness the dearest memory of our compatriots who sacrificed their lives for the territorial integrity of our country, the freedom of our people, and the independence of our state,” the statement concluded.