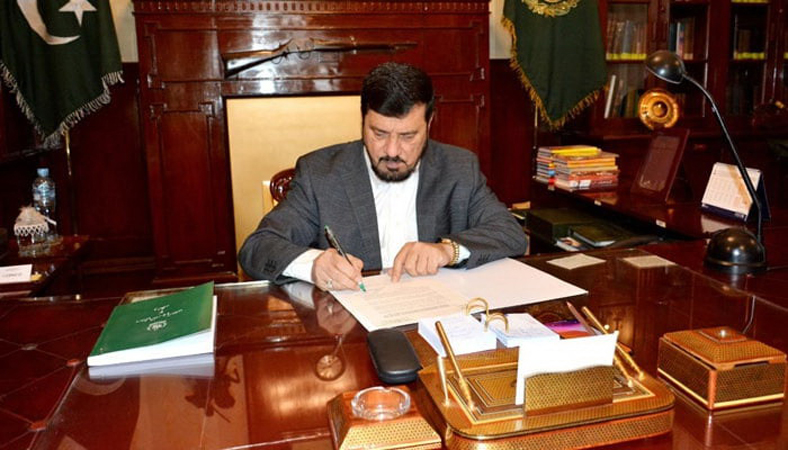 Khyber Pakhtunkhwa Governor Haji Ghulam Ali Wednesday signed the advice for the dissolution of the provincial assembly sent to him by Chief Minister Mahmood Khan a day ago. Speaking to a private TV channel, the governor confirmed that he had signed the advice sent by the chief minister. “I, Haji Ghulam Ali, Governor of the Khyber Pakhtunkhwa, under clause (1)of Article 112 of the Constitution of Islamic Republic of Pakistan, 1973, dissolve the provincial assembly of the Khyber Pakhtunkhwa, with immediate effect. Henceforth, the provincial cabinet also stands dissolved,” the governor wrote in a letter sent to CM Mahmood and Leader of the Opposition of the outgoing assembly Akram Khan Durrani. The letter further mentioned that in terms of Clause (4) of Article 224-A of the Constitution, “the incumbent chief minister Mahmod Khan shall continue to hold office to perform day-to-day affairs of the province till the appointment of the caretaker chief minister”. The governor stated that in terms of Article 224(1A) of the Constitution, to appoint the caretaker chief minister “by the governor in consultation with the chief minister and the leader of the opposition in the outgoing provincial assembly”, within the stipulated period of three days as provided by Article 224-A(1), the office of the governor shall be available for consultation without any formal appointment till the expiry of the aforesaid period.