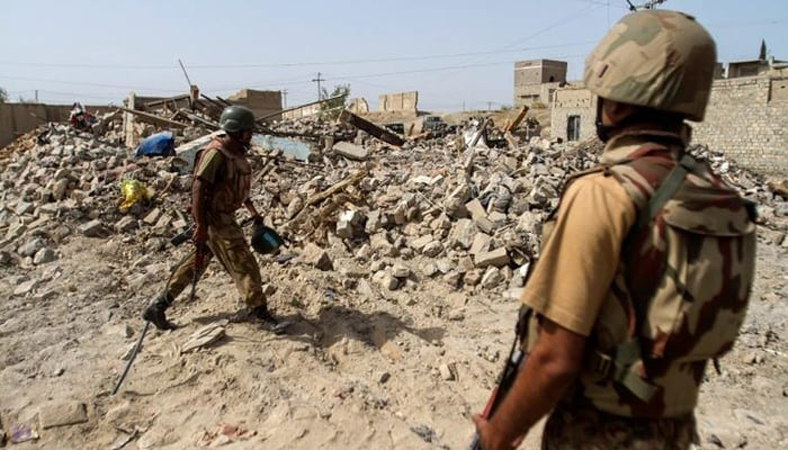 It added that the Iranian side was asked to hunt down the terrorists on their side. Security forces gunned down at least four terrorists during an intelligence-based operation (IBO) in Balochistan’s Hoshab, the military’s public affairs wing said. The IBO was initiated “to clear a hideout linked with firing incidents on security forces along M-8, in general area Talsar, Hoshab” on a tip-off about the presence of terrorists. “As a result of continuous intelligence, surveillance and reconnaissance (ISR) of the area, a location of terrorists was identified and security forces were heli inserted [to nab the terrorists].”

The statement said that while the forces were establishing positions to cut off escape routes, four terrorists opened fire on the troops. During the heavy exchange of fire, all four terrorists were killed, while a cache of arms and ammunition including improvised explosive devices (IEDs) was also recovered from their possession, the ISPR added.

Prime Minister Shehbaz Sharif has strongly condemned the killing of four security officials in a terrorist incident along the Pakistan-Iran border in Balochistan.