* Tripadvisor says of first-place Dubai, 'A favourite with celebs and influencers, the City of Gold continues to attract tourists from all over the world seeking out their very own slice of luxury' 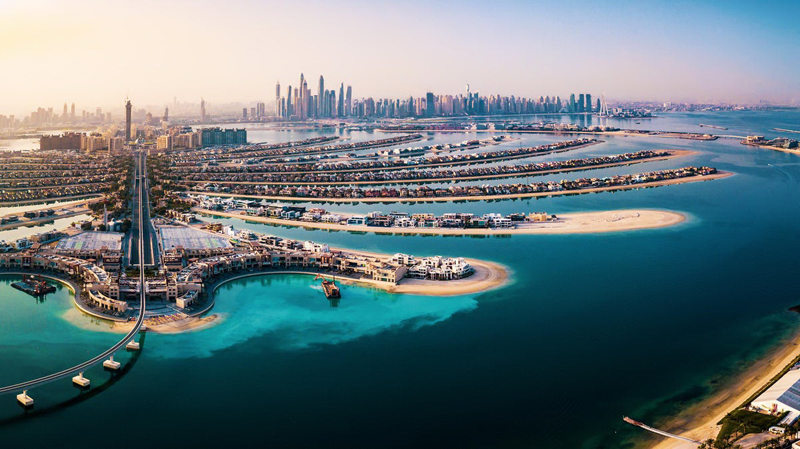 Dubai has been ranked as the most popular destination in the world for the second year running by the Tripadvisor Travellers’ Choice Awards for destinations.

The winners for the 2023 awards were identified based on the quality and quantity of reviews and ratings specific to several award subcategories from travellers on Tripadvisor for accommodations, restaurants, and things to do in destinations worldwide over the 12 months between November 2021 and October 2022.

Tripadvisor says of first-place Dubai: ‘A favourite with celebs and influencers, the “City of Gold” continues to attract tourists from all over the world seeking out their very own slice of luxury.’ London retains its crown as the Europe number one but has slipped to third place in the global ranking, tailing behind second-place Bali, Indonesia while the rest of the global top five is made up of Rome and Paris. The highest-ranking American destination is New York, which ranks 23rd overall. Other popular destinations to make it into the top 10 are Cancun, Mexico; the Greek island of Crete; Marrakech, Morocco; the Dominican Republic and Istanbul.

The rest of the Europe top 10 ranking, meanwhile, is made up of Barcelona, Madrid, Florence, Lisbon and Edinburgh.

Looking to the other categories in the awards, the list of ‘Trending Destinations’ – locations around the world seeing the greatest year-over-year growth in interest on Tripadvisor – is topped by Cuba. On a visit, Tripadvisor recommends that travellers wander around the charming streets of Old Havana.

The silver medal goes to the Vietnamese city of Hoi An, where Tripadvisor suggests hitting the Ba Na Hills theme park and strolling along the picturesque Golden Bridge.

Third place, meanwhile, is handed to Mauritius, where Tripadvisor recommends that you take a catamaran cruise to the private island of Ile aux Cerfs.

The rest of the top ten Trending list features Siem Reap, Cambodia, Chiang Mai, Thailand, Grand Cayman, Fes, Morocco, Baku, Azerbaijan, Kathmandu, Nepal and Krakow, Poland. There are two new categories this year, one of which is the ‘Best of Nature Destinations’, which celebrates travellers’ appetite for adventure and the great outdoors and sets out to inspire budding explorers who are planning bucket list trips. Tripadvisor reveals: ‘Whether you’re hiking through national parks or swimming in a cenote, these are travellers’ favourite places to enjoy the outdoors.’ Mauritius has scooped the inaugural top spot for this category, followed by Kathmandu, Nepal, in second place and Tanzania’s Serengeti National Park bagging the bronze medal.

Making up the remainder of the top 10 are Hurghada, Egypt, Lombok, Indonesia, Kauai, Hawaii, Majorca, Spain, Grand Cayman in the Caribbean, Corsica, France and Koh Tao, Thailand. Aimed at art, history and culture lovers, the other new category this year is ‘Best Places for Culture’. Tripadvisor says that the top spots in this ranking offer ‘iconic sights and experiences you can’t find anywhere else’.

The historic Moroccan city of Fes tops the podium, followed by Jerusalem in second place, Athens in third, Dublin in fourth and the Indian city of Jaipur in fifth.

Other culturally-rich destinations to appear in the top 10 include Cuba, the Hungarian capital of Budapest, Berlin, Seville in Spain and Colombo, Sri Lanka.

Next up? It’s the foodie category. The ‘Best Food Destinations’ ranking highlights places that are known for their cuisine and ‘burgeoning dining scenes’. Tripadvisor adds: ‘You’ll find some of the best local flavours in these top spots.’ Tripadvisor notes that food is a top priority for British travellers, with 57 percent most excited about what restaurants to visit when it comes to planning a trip, according to the company’s latest Travel Index.

Echoing last year’s results, Rome reigns supreme for foodies worldwide. While London ranked second in the 2022 ranking , this year it has slipped out of sight – it fails to make either the global top 20 list or the Europe top 10 list.

Where should skiers hit the slopes in 2023? That question is answered by the final category, which looks at the world’s ‘Best Places to Ski’. Tripadvisor says: ‘Black diamond vets and resort lovers agree: these are the best spots to get your ski on.’

It adds that Whistler, Canada, is the number one ski destination in the world this year thanks to its ‘stunning landscape and down-to-earth mountain culture’. Another North American resort swoops into second place – Jackson, Wyoming – while Zermatt in Switzerland tops the European ranking and lands third globally.