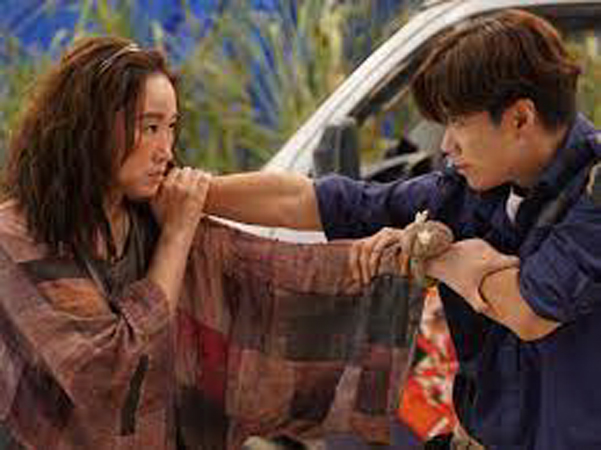 Here is a painful, intimate, impeccably acted if not entirely plausible drama of terminal illness with an extra-textual layer of sadness and irony. The estimable Vicky Krieps plays Hélène, who is dying of idiopathic pulmonary fibrosis and her partner is becoming her carer: this is Matthieu, played by Gaspard Ulliel – who died in a skiing shortly after this film was completed. Director Emily Atef dedicates the movie to him in the closing credits.

The agonising, debilitating nature of the disease takes its toll on the couple and their friends and family who have no way of talking about it or coming to terms with it. Hélène is also oppressed by the way she is supposed to be joyful and grateful at being on a lung transplant list which might mean unpleasant and, if the organ is rejected, possibly futile surgery. She broods on various blogs by people from around the world with the same condition and is entranced by one from a Norwegian guy with the handle Mister, he is without the usual platitudes, witty and down-to-earth about his mortality.

After Mister and Hélène correspond via DM, Matthieu is deeply hurt at her announcement that she wants to go and be in Norway for a while on her own, claiming to be staying at a hotel whereas in fact she will be at Mister’s idyllic cabin by the fjord. It becomes clear that this man can understand Hélène in a way Matthieu can’t. Mister is of her tribe, the tribe of terminal illness, and she must in any case make her final journey alone. 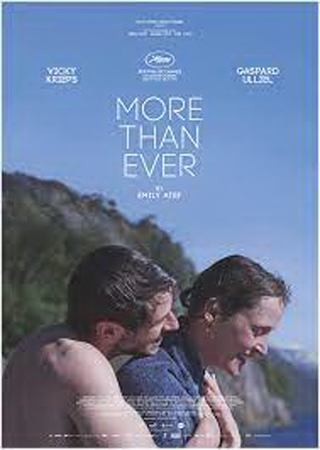 There are some false notes here: Mister does not seem to be in any way ill the way Hélène is, in fact he seems to be in pretty robust health, and his home being a breathtakingly beautiful place – as opposed to, say, a nasty rented flat near a motorway – shows that he is in fact imagined with just that sentimentality that his character is supposed to reject.

Matthieu’s arguments that she should at this time be with her friends and family are surely reasonable, though the film comes close to suggesting that they are just symptomatic of his failure to understand. Yet Krieps and Ulliel deliver their performances with unflinching conviction and intelligence, and it is deeply sad to think of Ulliel leaving us far too early.

More Than Ever is released on 20 January in cinemas.