* Pakistan's batting struggled again against the discipline of the home attack 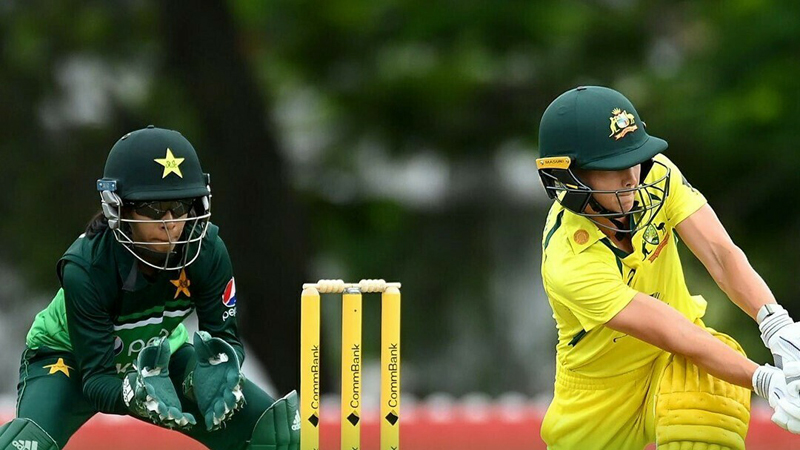 LAHORE: Quick Darcie Brown led a disciplined attack then fellow teenager Phoebe Litchfield hit another half-century as Australia thrashed Pakistan at the Allan Border Field to wrap up the three-match women’s ODI series in Brisbane on Wednesday. Electing to bat in Brisbane’s sunny conditions, Pakistan struggled to fire in a must-win game two after losing the series opener by eight wickets in a rain-affected contest reduced to 40 overs per side. They were bowled out for just 125 after 43 overs with Brown snaring three wickets to lead a well-balanced attack. In reply, Australia powered to an effortless 10-wicket victory inside 20 overs with impressive 19-year-old Litchfield smashing 67 off 61 balls and Beth Mooney finishing 57 not out.

Coming off her 78 not out on ODI debut, Litchfield struggled early against probing bowling from quick Fatima Sana before getting off the mark in style with a sweet cover drive. She was dominant from there and played mostly orthodox, but unleashed several scoop shots to showcase her range of strokes. Having made just one run in the series opener, Mooney was keen to make amends and started in style with a boundary off the first ball. She didn’t need to take risks and toyed with Pakistan’s struggling bowlers. Mooney was mostly overshadowed by Litchfield, who played with a maturity beyond her years to become the first Australian women’s batter to compile consecutive half-centuries in their first two ODIs.

It was a major disappointment for Pakistan, who are still seeking an elusive victory against all-conquering Australia in any format. The series will conclude at North Sydney Oval on Saturday before a trio of T20Is to wrap up Pakistan’s first bilateral series in Australia since 2014. It was an improved performance from Australia’s quicks, who were notably wayward in the opening game in a push for extra swing. Seamer Kim Garth made her ODI debut for Australia and replaced Megan Schutt, who has a niggle with her knee and is being managed ahead of the upcoming T20 World Cup.

Garth opened the attack and bowled a maiden first up in an exceptional start. She continued to bowl a back of a length and found late swing during a tidy five-over spell during the first powerplay. Garth finished wicketless, but conceded just 13 runs from eight overs. She played 34 ODIs for Ireland from 2010-2018 before moving to Australia seeking full-time opportunities. Pakistan were unable to build partnerships with a number of their batters failing to capitalise on starts much like in game one. After opener Sidra Ameen fell in the second over, Muneeba Ali started slowly and had a reprieve when Litchfield dropped a chance at second slip before hitting Brown for a couple of powerful boundaries.

Moving around the crease trying to disrupt the bowlers, Muneeba’s aggressive approach backfired when she miss-hit spinner Ash Gardner to cover point. Pakistan’s bid for a competitive total nosedived when skipper Bismah Maroof was trapped lbw to seamer Annabel Sutherland for 21. The burden again fell on veteran Nida Dar, who top-scored for Pakistan in game one with a half-century, and she had a reprieve on 16 when Brown dropped a return catch. But Dar’s luck ended on 24 when she was run out at the non-striker’s end after a touch from Garth in her follow through deflected onto the stumps. Pakistan fell away as their barren run against Australia continued.