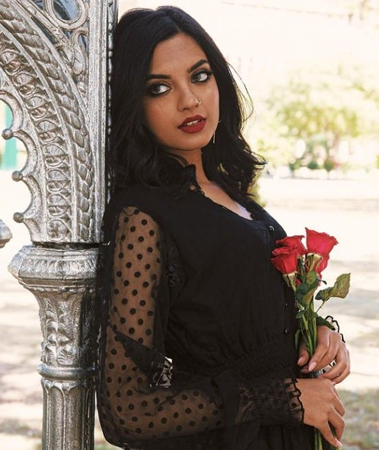 Janice Tessa collaborated with Ali Rehman to perform the duet. They released the music video on the social media application Instagram.

It is pertinent to mention that
‘Zara Zara Behekta Hai’ is originally sung by Bombay Jayashri.

Janice Tessa is no stranger to the music industry. Previously, she was seen in the music video of Zafar Iqbal’s ‘Yara Vay’.

The ‘Habs’ star is one of the prolific celebrities on social media thanks to her on and off-screen endeavours. She shares visuals of her professional and personal happenings via clicks and clips for the fans. The viral pictures of the ‘Habs’ star on the visual-sharing interactive platform saw her in a flower-printed black shalwar kurta. She used an emoji as the caption of the photo album.

On the acting front, Tessa played Zoya in ‘Habs’. Her character was that of lead protagonist Ayesha’s sister.