* Priyanka has now joined in the list of admirers 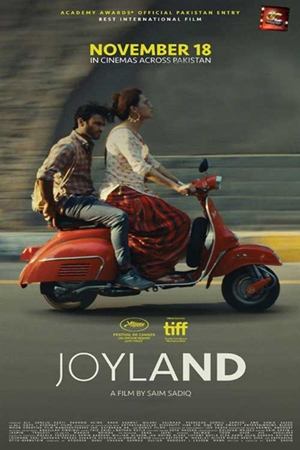 Taking to her Instagram, “Krrish” star shared a glimpse from the trailer on her story and wrote: “#Joyland is truly a joy to watch. Bravo to the entire team for bringing this story to life. It’s a must watch.”

“Joyland” is directed by Saim Sadiq and produced by Khoosat Films. Malala Yousufzai and Riz Ahmed recently joined the team as executive producers.

The film has been receiving love and appreciation from all across the world. Priyanka has now joined in the list of admirers.

Earlier on Tuesday, news came out that actor Ali Junejo, who played the role of Haider in the movie, won the Best Actor Award at the Palm Springs International Film Festival.

Film “Joyland” has been officially shortlisted in the 95th Academy Awards 2023. The final nominations have not been announced yet but the team is hopeful that the film will bring the Oscar home this time.