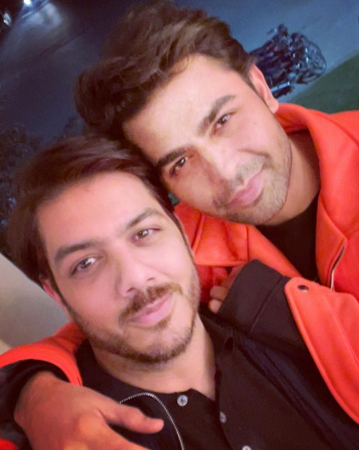 Recently, singer/guitarist Goher Mumtaz dropped a happy selfie with old Jal band mate Farhan Saeed, fans are speculating that the duo is planning on a collaboration. Goher shared the picture and wrote: “Missing persons? @farhan_saeed.” The caption makes one think if they are planning on a Jal reunion. The duo has not revealed any further details. Even if they are not planning on a reunion, the do need to come up with a collaboration as the Jal fans are eagerly waiting for one.

Many of them commented on the picture asking for a reunion or a collaboration. One of the fans commented: “Pleaseeeeeeeee bring back that full throttle Jal. The world was a better place when you guys were together.” Meanwhile, another fan wrote: “A reunion is desperately needed.” Another wrote: “Please say ‘something is coming up’. On the other hand, one fan wrote: “Bring Jal back.”

Looks like even after so many ages, Jal fan following hasn’t died down, it still remains alive. Not only the fans got excited with this picture reunion, but fashion designer Munib Nawaz also commented, wrote: “Best thing on the internet today my boysss!!” Jal was a pop band founded in 2002 having Goher Mumtaz as the main guitarist whereas Farhan Saeed and Atif Aslam were the main vocalists in the band. The band gave the world some iconic songs like: Aadat, Sajni, Dil Haray Pukaray, Woh Lamhe and many more.