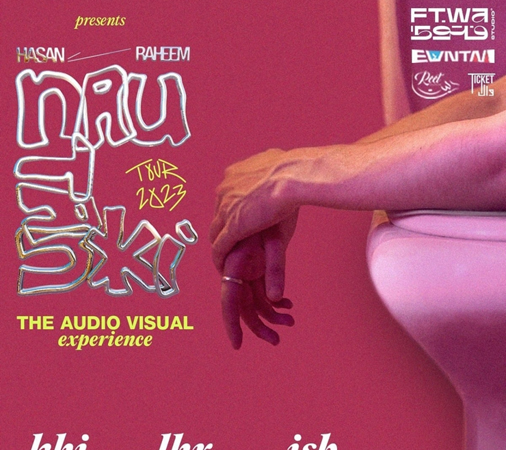 Hasan Raheem, one of Pakistan’s most adored singers, has announced his first-ever nationwide tour. The singer recently released his first solo album Nautankti, consisting of nine songs. Soon after the release of his first solo album, the Joona singer took to his Instagram account to make an announcement of his first-ever nationwide tour. The tour, which kicks off on January 28, will feature performances in Karachi, Lahore and Islamabad, ending on February 18. In addition to Raheem, the tour will also include performances from other talented Pakistani musicians, such as Young Stunners, Kaifi Khalil, Abdul Hannan, Tahag, Maanu, Natasha Noori, Shamoon Ismail and Anarchy. Excitingly, 15 lucky fans will have the chance to win a free ticket to the concerts, as Raheem announced a giveaway on his Instagram account yesterday. Hasan Raheem’s fans can book their tickets for the tour on the website Ticket Wala. Don’t miss out on this opportunity to see the Peechay Hutt singer and other talented musicians live in your city.