Imran to contest from all 33 constituencies 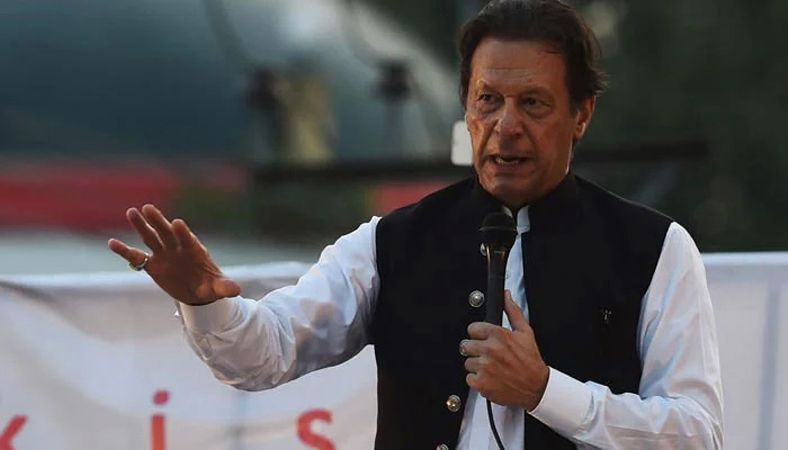 Pakistan Tehreek-e-Insaf Chairman Imran Khan will himself contest by-election from 33 vacant seats after the resignations of 34 members of PTI and Sheikh Rasheed Ahmed were accepted by National Assembly Speaker Raja Pervez Ashraf.

Talking to a private TV channel, PTI Secretary General Asad Umar said that Imran Khan will be the candidate of Tehreek-e-Insaf for all these constituencies. “This is a symbolic election, there is no real election so we need not to nominate other candidates,” he maintained. Asad Umar said once the decision to return to the National Assembly is made, then as many PTI members are eligible will go to the National Assembly. He said that if the speaker wants to keep PTI away from parliamentary posts including Leader of the Opposition, then only 35 resignations will not work.

Asad Umar said that the resignations of all the senior PTI leaders have been accepted due to the fear that their return to the assembly can bring down the PDM government. “They have to take the vote of confidence, we have nothing to do. Either we 35 are in the assembly or not, it makes no difference,” he maintained. He further said that one of the goals of the government could be keeping the important PTI leaders busy during the election of provincial assemblies.

Asad Umar said that PTI members are not going to participate in the regular proceedings of the National Assembly, but the purpose of going to the Lower House is to sit with the federal government and be a part of the consultation on the caretaker setup.

Earlier in the day, the Election Commission of Pakistan (ECP) on de-notified 35 more Pakistan Tehreek-e-Insaf (PTI) members of the National Assembly (MNAs) following the acceptance of their resignations by National Assembly Speaker Raja Pervaiz Ashraf.