New Karachi mayor to be from JI: Siraj 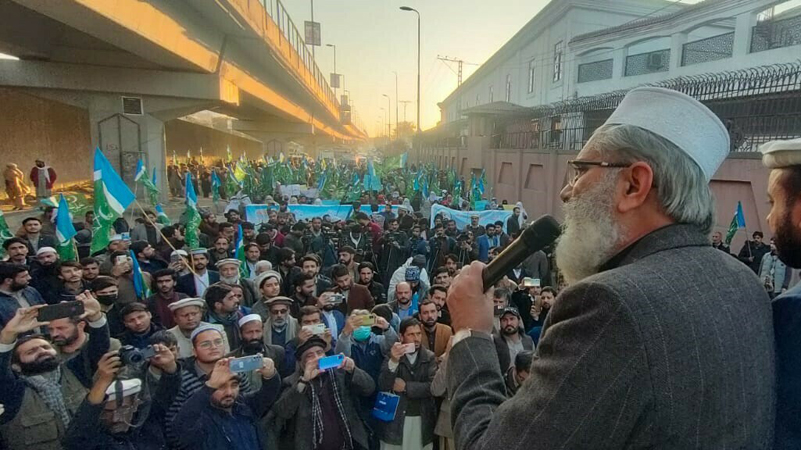 The Jamaat-e-Islami (JI) on Tuesday staged protest rallies across the country as party Ameer Sirajul Haq vowed that Karachi’s next mayor will be theirs and that they were ready to speak with all the stakeholders on that, a private TV channel reported. Leading the primary protest gathering of the party in Karachi over delays in compiling and announcing results of the Karachi local bodies polls by the Election Commission of Pakistan (ECP) and alleged rigging, he demanded that the ruling Pakistan People’s Party (PPP) to recognize JI as the largest party in the port city of Karachi.

Suggesting JI’s amenability to forming a coalition local government with the PPP, Haq said that they were willing to hold talks with the PPP but only after it concedes that it was not the largest party in the megalopolis. On allegations of rigging, Haq claimed that JI has evidence of rigging on some seats in Karachi and claimed that they had won 103 seats, not the 86 which ECP had counted. He alleged that ruling party tried to block their path to clinching the mayor’s seat through ‘conspiracy’. The JI chief said that they believe in dialogue and expressed the hope that the PPP will accept their mandate in Karachi where elections held after series of delays and legal battles.He promised the public that they will work to restore peace and prosperity in Karachi.

Should the Returning Officers fail to correct electoral results in favor of JI candidates following their request for a recount in 10 constituencies, JI Ameer Haq urged his workers to march on to Islamabad.

JI Deputy Ameer Mian Aslam, while addressing the gathering in Islamabad, said that their mandate was being ‘robbed’ and claimed that their protest will continue until the rigging issue is resolved.