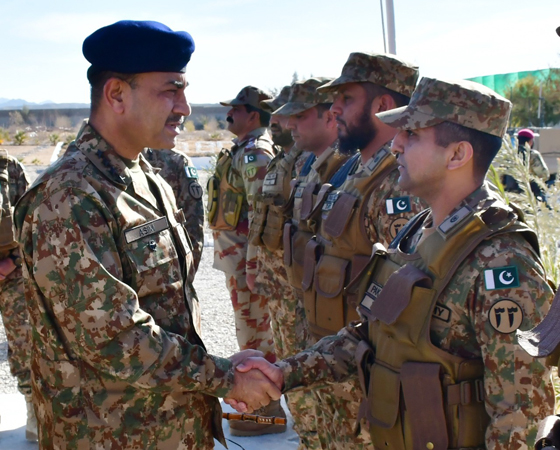 During his visit to Balochistan’s Khuzdar and Basima areas, according to the Inter-Services Public Relations (ISPR), the army chief emphasised maintaining optimum operational readiness while interacting with troops on site to counter instability in the province.

“We are aware of the nefarious designs of external enemies of Pakistan to disturb the hard-earned peaceful environment in Balochistan,” General Munir added. The army’s deployment and operations, he said, “are being focused in the south-western province to provide an enabling environment for benevolent people-centric socioeconomic development”.

The military’s media wing said that the army chief was also briefed on the prevailing security situation and operational preparedness along with measures being taken to ensure a peaceful and secure environment.