Public service through modern policing is our motto: IG Punjab 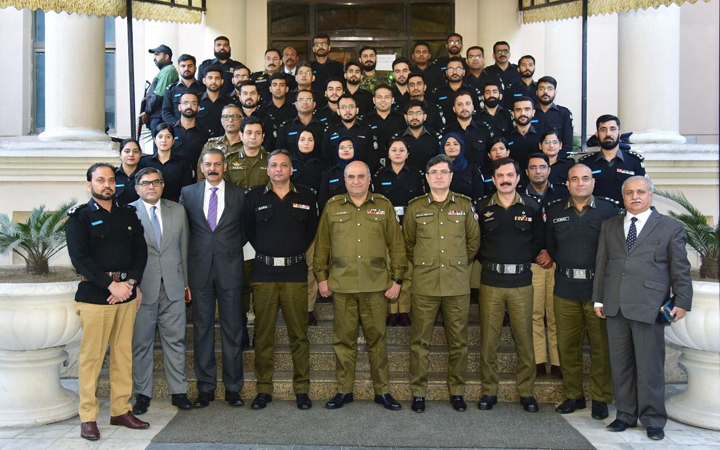 Inspector General Police Punjab Aamir Zulfiqar Khan has said that police service is a career in which officers and officials can beautify this world and the hereafter by performing their duties diligently. He directed young officers to make public service, open door policy and modern policing their motto and spare no effort to protect the life and property of the people and eliminate crimes from the society. Aamir Zulfiqar Khan said that police duty is full of challenges and only better manager proves to be successful police officer. IG Punjab said to accept the difficult posting as a challenge at the beginning of the career so that the grooming process can be improved in order to prepare for future professional difficulties and challenges.

Aamir Zulfiqar Khan said that as a team leader, the one who gets the best performance from his subordinates is called a good officer. He said that soft talk, politeness and good behavior should be adopted with the subordinate force so that they may also solve public problems with sincerity and sense of responsibility. IG Punjab said that by serving citizens with open door policy, they should provide justice and convenience to them and highlight the positive image of police in public while promoting a sense of security among masses. He expressed these views while talking to trainee ASPs of 49th Specialized Training Course who came on a study visit to the Central Police Office today.

The delegation from National Police Academy, Islamabad included 36 under-training ASPs including 8 women officers. Additional IG Operations Waqas Nazir briefed the delegation about Punjab Police’s professional affairs, working and crime rate. ASPs under training were shown a documentary about police service centers, service counters and other modern projects and operational procedures of Punjab Police. IG Punjab answered various questions of the ASPs about the professional affairs of the police force and the challenges faced by force. He directed trainee officers to play effective role in providing justice and relief to citizens by performing their duties diligently . At the end of the visit, commemorative souvenirs were also exchanged between IG Punjab and the officers under training. Additional IGs Welfare and Finance, Logistics and Procurement, Special Branch and CTD along with other officers were also present on this occasion.