* Much has been made of its origins as a video game, in part because the source material looked as if it might offer the best chance yet of a convincing transition from console 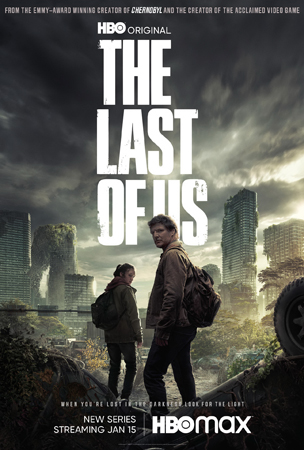 That if it wasn’t a flu-like virus that threatened the existence of humankind, but a parasitic fungus that used rising temperatures to evolve and switch hosts, from ants to humans? That is the terrifying premise of The Last of Us, another post-apocalyptic prestige drama in a TV landscape that, for understandable reasons, is stuffed with game-over scenarios.

While its zombie skeleton brings immediate comparisons to The Walking Dead, its beating heart is more in line with last year’s Station Eleven, with which it shares a surprisingly steady and meditative pace.

Much has been made of its origins as a video game, in part because the source material looked as if it might offer the best chance yet of a convincing transition from console to screen. The series was adapted by the game’s creator, Neil Druckmann, and Chernobyl’s showrunner, Craig Mazin, a combination that suggested it might buck the trend of video games reworked into another format.

But The Last of Us games provide more than a stylistic blueprint. They are harrowing, emotional and profound, as well as action-packed. Those familiar with the franchise will spot recognisable scenes, locations and even dialogue. This adaptation does not reinvent its source material, but why would it when the source material was so complete?

Those not acquainted with the game, however, should feel confident about entering this world. The series begins by laying out the parasitic fungus scenario as a hypothetical, discussed by pundits on a talkshow in the 1960s, before moving to 2003, when that worst-case scenario is ripping society apart by the second. For the first half an hour or so, it is a self-contained disaster movie that reminded me of those end-of-days blockbusters in the 90s such as Deep Impact, Armageddon and 12 Monkeys. Then it shifts again, to 2023 and the aftermath. What is left of society is in the hands of an authoritarian military regime fighting rebel groups classed as terrorists and it is bleak as hell.

Pedro Pascal is Joel, a Texan construction worker in his 50s and a semi-outsider in the Boston quarantine zone, where he does grim maintenance jobs and has a sideline in the hidden market. Life is hard and ruthless. Eventually, he meets Ellie, a 14-year-old girl whom he must transport west across the ravaged US. She might be the saviour the world has been looking for.

The Last of Us is violent and maudlin. It depicts a world in which people are doing what they can to survive, with varying degrees of horror; at times, encountering the quick-moving, fungus-dangling infected doesn’t even seem like the worst thing that could happen. Later in the series, in one terrifying episode, men, not monsters, prove themselves capable of inflicting cruelties that go far beyond the distressing onslaught of zombie attacks. Yet it manages to find humanity in the ruins – and that makes it worth the hardship. Pascal is great, but Ramsey is phenomenal. She is funny, sullen and sharp, retaining a slightly awkward teenage physicality. Her performance is so authentic and believable that it doesn’t feel like a performance at all. Watching the pair’s relationship develop and deepen is desperately moving. The fact that it manages to resist a sentimental approach and yet still finds such soul is a real achievement. There is more to it than Joel and Ellie, though, and it has enough confidence to leave them behind for large stretches of some episodes. In the third, which is almost film-length, we barely see the two leads at all. Instead, it focuses on a survivalist called Bill and his new relationship with an artist called Frank. It is a gorgeous detour into the wider world; as many critics have said already, it might be one of the finest episodes of TV you will see this year.

Its smaller storylines might not scale those heights, but they broaden its reach and enrich our understanding. Melanie Lynskey appears as a rebel leader in Kansas City, where we also meet a young man on the run with his kid brother. We see how Ellie ended up where she is, in an episode aching with nostalgia, and we see attempts to create utopias in an environment that is dystopian to the bone. In tiny pockets, it dares to hope. I loved its balance of horror and heart. It burrows under the skin and refuses to leave. The Last of Us is on Sky Atlantic and Now in the UK, HBO in the US and Binge and Foxtel in Australia.