* Right from Joseph Conrad's The Heart of Darkness to China Achebe's Things Fall Apart and Abdulrazk Gurnah's After Lives, we come across multiple models of African culture 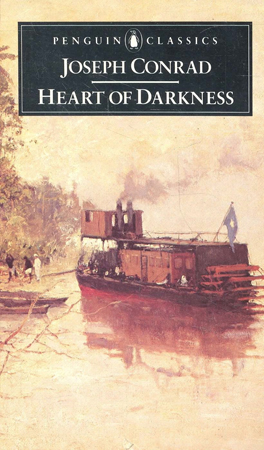 Like Asia, Africa was also a primary colonial site for the European colonisers. It has been the battleground and a scene of
contestation for the German as well as the British occupiers who though fought for supremacy, but the local and indigenous populations suffered while living in their lands.

The German onslaught on the African continent provided the first phase of colonisation, followed by their expulsion at the hands of the British colonisers. The Africans are, therefore, the nations who underwent multiple onslaughts of foreign cultures and were equally, instead, brutally forced to abandon their way of life in favour of the occupiers’ hegemonic control.

But it is still the African culture that has survived because of the literary endeavours of the writers of those cultures.

Right from Joseph Conrad’s “The heart of Darkness” to China Achebe’s “Things Fall Apart” and Abdulrazk Gurnah’s “After Lives”, we come across multiple models of African culture and the people inhabiting there. Though African writers have attempted to portray an amalgam of indigenous and foreign cultures and the African way of life adjusting within the whole scenarios, yet the novels like “After Lives” portray an ideal blending of local with foreign cultures and the struggle that the Africans posed to keep their culture and civilization intact. Like Achebe, Gurnah also attempted to generate a struggle of the individual against the foreign occupation and then expanded it symbolically for the whole nation. The only difference is that Achebe dealt with British colonisation and Gurnah portrayed the gradual phasing out of the Germans made possible by the British.

The novel After Lives is a multifaceted story bent upon upholding the African way of life. Although the German and British occupation had brought newspapers, radio and other modern facilities, like, schools and hospitaliSation, Gurnah attempts not to let his readers forget what Africa was. Gurnah relives this through his protagonists in the narrative. The protagonists, Afiya and Hamza, relive the African traditions and the hard way of life. Their love makes the birth of Illyas. This is Illyas, through whom the writer relives the ancientness of African culture.

Illyas’ senior was lost in colonial wars and never returned home, unlike Hamza. Afiya and Hamza named their child to celebrate the memory of Illyas senior. But the spirit of Illyas and the people associated with him continued haunting the child, just like, Ezinma, in Achebe’s Things Fall Apart, becomes Ogbanji’s child. Ezinma was also born after her siblings’ death during childbirth and was considered a particular child. So, the spirits of the dead keep on haunting him. At first, he becomes a silent child and then he begins to talk in a trance-like situation.

As soon as he grows up for school, he begins to have long walks and talks extensively during these walks. This is noticed by the people and reported to Hamza and Afiya. Gradually, he began to weep and cry and behaved very oddly along with his usual routines.

The father tries to rescue his son by inviting many medicinal men and wise men. All these people firmly believe that some spirit entered him at his birth, trying to rescue the boy. Ultimately, all treatments failed, and the ancient tradition of treating such patients was invoked. A woman with her team and paraphernalia arrives at Hamza’s house and fire is ignited in a smoky and scented room. Music is blown, and people in it sing and dance loudly. After an hour or two, the boy goes unconscious. This is repeated another time, and the spirit leaves the boy intact. But the condition is that Uncle Illyas is to be found out. Search for Illyas conducted by Hamza for a long time for which he must travel to Germany. He succeeds after all, but only to find that Illyas has been killed as a punishment in Germany. So, Hamza returns home. Illyas, the boy, also cures his illness.

This is a fascinating way to relive the ancient culture, creed, or belief and helps establish the true African identity. The treatment of this ailment is also not done through modern medical ways but through the same ancient rituals that have been practiced for centuries. It may also be termed the role of the supernatural in African literature. This allows the writers to reroute their identity through the same channels and prove that the colonisation and the onslaught of foreign hegemonic culture have not succeeded in eroding and eradicating the cultural patterns that determine who the Africans are. Slavery and slave trade, the hegemony of superior culture and the persecution and proselytisation of African people could not succeed in terminating the door of African culture because the writers from African nations kept on reliving the African culture and ways of life so fascinatingly that even today the reader is lost in the tales and the environment developed by these African tales.