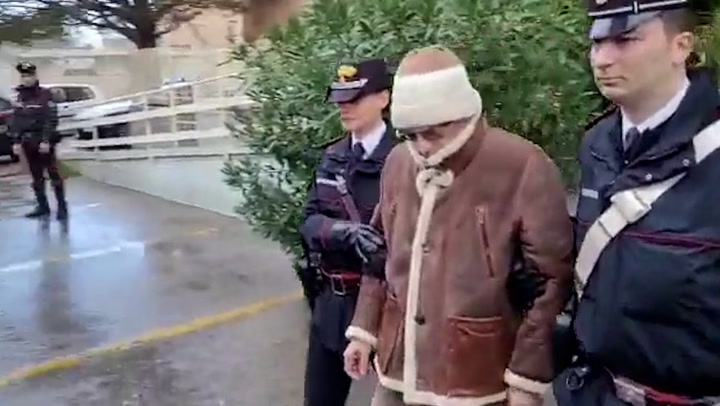 Italy’s most-wanted Mafia boss Matteo Messina Denaro has been arrested in Sicily after 30 years on the run.

Messina Denaro was reportedly detained in a private clinic in Sicily’s capital, Palermo, where he was receiving treatment for cancer.

He is alleged to be a boss of the notorious Cosa Nostra Mafia and he was tried and sentenced to life in jail in absentia in 2002 over numerous murders. More than 100 members of the armed forces were involved in his arrest.

Italian media reported that Messina Denaro was captured just before 10:00 (09:00 GMT) and taken to a secret location by the Carabinieri. He was reportedly visiting the clinic under a fake name for a course of chemotherapy.

A video circulated by Italian media appears to show people standing in the street and applauding the Italian police as Messina Denaro is led away.

These are some of the murders he was convicted over the 1992 killing of anti-Mafia prosecutors Giovanni Falcone and Paolo Borsellino, the deadly 1993 bomb attacks in Milan, Florence and Rome, the kidnapping, torture and killing of the 11-year-old son of a mafioso-turned-state witness Messina Denaro once boasted he could “fill a cemetery” with his victims.