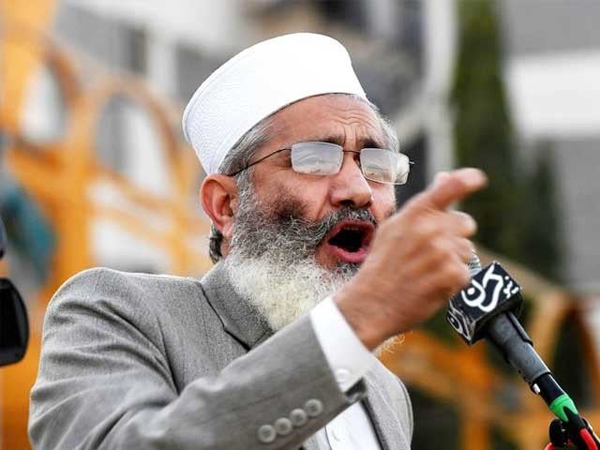 Ameer Jamaat-e-Islami (JI) Sirajul Haq on Monday announced protests in all major cities of the country. The Election Commission of Pakistan (ECP) on Monday evening finally announced the results of all 235 seats of Karachi division. According to the results, Pakistan Peoples Party (PPP) has emerged victorious with 93 seats while JI managed to secure 86.

Pakistan Tehreek-e-Insaf (PTI) could only manage 40 seats while Pakistan Muslim League-Nawaz (PML-N) got seven. “Currently, JI has emerged as the leading party during the local body elections,” Siraj said in a statement. He said that the results shown by party’s polling agents clearly show that JI has secured the majority. “We believe that the election results of JI as well as other political parties have been altered. I appeal to the masses and workers to stage protests in major cities of the country,” he added.

Siraj also called an emergency meeting of the party on Tuesday in which future strategy about the local body elections in Karachi would be discussed. JI Karachi leader and mayoral candidate Hafiz Naeemur Rehman claimed that election results were being changed due to rigging and that the party was not provided Forms 11 and 12.