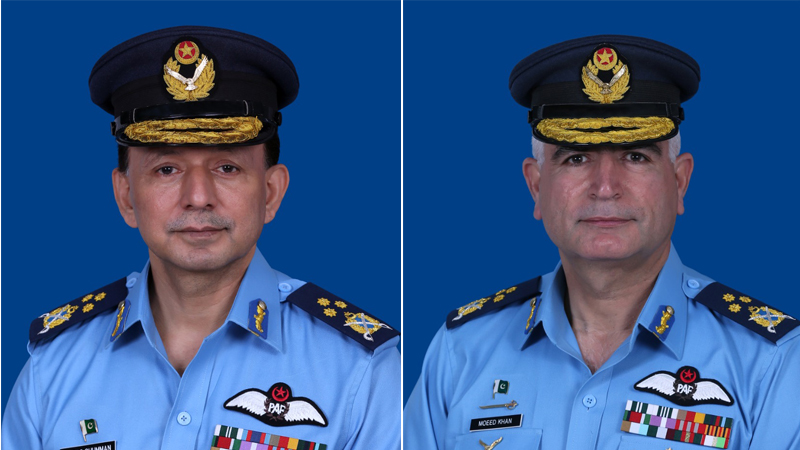 Air Marshal Ghulam Abbas Ghumman was commissioned in the PAF’s GD(P) Branch in June 1990. During his illustrious career, he commanded a Fighter Squadron, a Flying Wing and an Operational Air Base. He served as Director Human Resource Induction as well as Director Plans at Air Headquarters, Peshawar & Islamabad respectively and also rendered his services as Defence & Air Attache in Turkiye. He also performed his duties as Air Officer Commanding Southern Air Command.

Presently, he was serving as Deputy Chief of the Air Staff, National Aerospace Science and Technology Park (NASTP) with an additional charge of DG C4I at Air Headquarters, Islamabad.

He is a graduate of Combat Commanders’ School and National Defence University, Islamabad. He did General Staff Course from Germany along with Executive Leadership Course from the US. He holds Master’s degrees in National Security & War Studies and Strategic Studies. He is a recipient of Sitara-i-Imtiaz (Military) and Tamgha-i-Basalat.