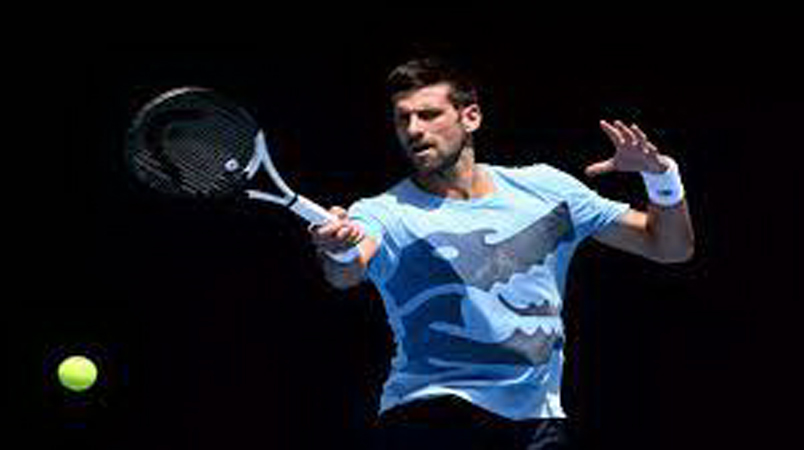 MELBOURNE: Novak Djokovic was denied the opportunity to win a record-extending 10th Australian Open title last year after his deportation but he returns to Rod Laver Arena holding no grudges when he begins his campaign in Melbourne on Tuesday. The Serbian was deported on the eve of the 2022 tournament due to his COVID vaccine stance but the 35-year-old has let bygones be bygones as he looks ahead to his clash with Spain’s Roberto Carballes Baena. “In a way, if I do hold grudges, probably if I’m not able to move on, I wouldn’t be here,” said Djokovic, who received a warm welcome from the crowd last week during a practice match with Nick Kyrgios. “Also I have to say that the amount of positive experiences I had in Australia overwhelm the negative experience maybe of last year.” Djokovic’s win streak in Australia stands at 33 matches since his last loss in the Australian Open fourth round in 2018 but he is wary of a hamstring problem that gave him a sleepless night ahead of the final at the tune-up tournament in Adelaide.

“I’ve been struggling with that a bit, to be honest, the last seven days. But it’s hopefully not the major concern,” he said, adding that he has been training cautiously. Winning the title in Melbourne will also make Djokovic the second player to win one Grand Slam at least 10 times after Nadal’s 14 titles at Roland Garros. As Djokovic aims to equal defending champion Rafa Nadal’s tally of 22 Grand Slam titles, Ons Jabeur renews her quest for a first when the Tunisian takes on Slovenia’s Tamara Zidansek.

Jabeur did not mince words when she said her goals this year are to move up a rung to number one in the world rankings and get her hands on a Grand Slam title after losing two major finals in 2022. “It’s been always great for me that I tell you guys what I want to achieve, I tell you my goals. I put it out there, make a promise to you guys,” she told reporters. “I hate to break my promises. I see it that way.” The marquee match at Rod Laver Arena will have Andy Murray, a former number one and five-times runner-up in Melbourne, taking on Italy’s 13th seed Matteo Berrettini. The pair played two engrossing matches last year at the Stuttgart final and at the U.S. Open where Berrettini triumphed on both occasions. Men’s second seed Casper Ruud, runner-up at last year’s French Open and U.S. Open, wraps up the night session on Margaret Court Arena against the Czech Republic’s Tomas Machac.